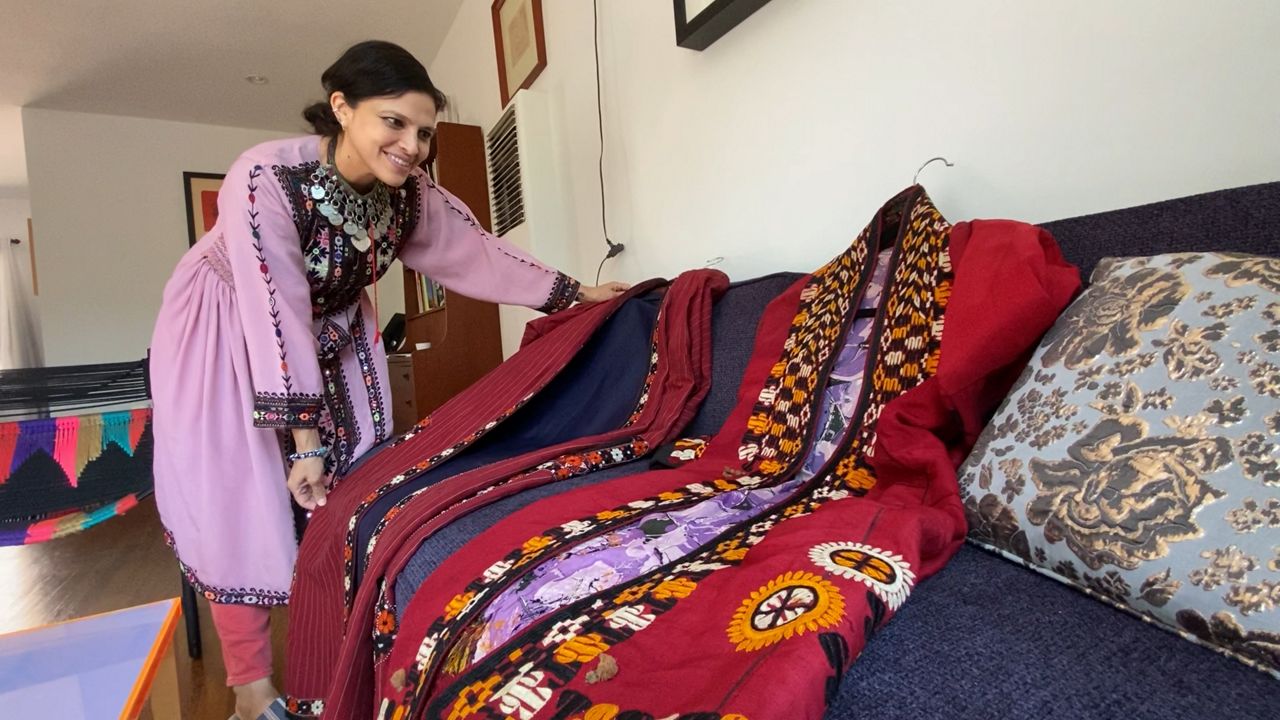 LOS ANGELES – For years Ariana Delawari, an Afghan-American activist and daughter of the former governor of the Central Bank of Afghanistan, has made “Be Gone Taliban” a saying. But seeing the resurgence and change the US-recognized terrorist group has brought to her family’s home country of Afghanistan is something she and many other activists are using their platform against. social networks.

“Historically, we have had several religions. We’ve had such a deep history and so I think people don’t know about our people, you know? That this fundamentalist group has taken the country but has no representation of history, ”said Delawari.

As humanitarian efforts to help refugees continue, Delawari and other Afghan Americans are sending a reminder of their colorful culture around the world through the hashtag, #DoNotTouchMyClothes. This is an opposition to the oppression and all-black dress that the Taliban demand of women in the country.

“It might seem like it’s just a dress or an outfit. But this is something so much deeper for us. It is about freedom and the preservation of our culture which risks being suppressed, ”said Delawari.

This is why she and many others cling a little more to their colorful culture as the country and people overseas push back against the new regime. Ani Zonneveld is the founder of Muslims for Progressive Values. She shared that modest blankets for women originally started with social class.

“The mandate of the Quran to cover your chest was to level the classes or to remove the classes slightly. The real Muslim outfit is for Muslim women to cover themselves up completely, ”Zonneveld said.

It was from then that the various forms of blankets were created up to the most extreme blankets that Afghan women face today.

“These are all designed basically in very vague and unappealing beige colors so that you become a uniform. It shifts your individual identity, ”Zonneveld said.

Delawari says it’s about women having the choice to choose what they want or don’t want to wear, to work, to have an education and to have the freedoms they were given during over the past 20 years.

“For me, all of this is about preserving our culture, our freedom and our vibrancy and reminding the world how diverse we are,” said Delawari.

As the humanitarian and cultural crisis continues, Delawari and others stand up for the culture they love.

Delawari created the documentary “We Came Home” which portrays Afghan culture, music and people. The documentary is available for viewing on iTunes.