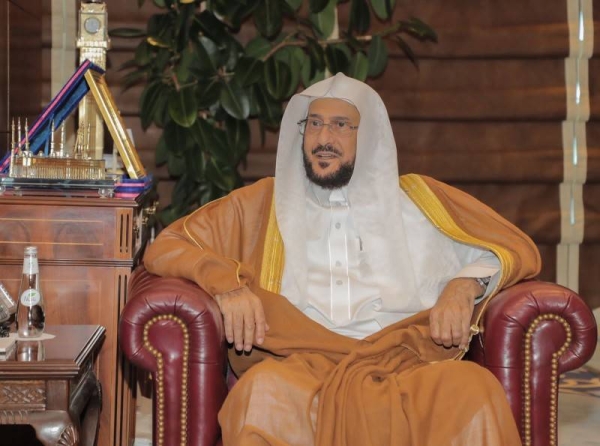 TABUK – The Minister of Islamic Affairs, Appeal and Guidance, Sheikh Abdullatif Al-Sheikh, has warned against smear campaigns launched against Islam.

“There are movements for the malicious distortion of the true image of Islam as a religion of moderation and tolerance,” he warned while calling on all Muslims to face him practically with moderate positions which embody tolerance and forgiveness.

He made the remarks after the launch of the initiative titled “Exalt the Houses of God” and the activities of “Takatuf”, a voluntary women’s organization, established by the branch of the ministry in Tabuk.

Al-Sheikh stressed that the Kingdom carries the banner of spreading moderation. “The religion of Islam calls for tolerance and moderation and the fight against extremism and terrorism in all its forms and manifestations,” he said.

The Minister stressed that the Kingdom’s effort to spread moderation today is reflected in the reality of the country, in terms of the spread of security and safety, and its concern to build the country and the cohesion of its people. .

He praised the active role of women in the various activities and programs of the ministry. “This confirms their excellence and their desire to master the tasks and work entrusted to them,” he added.