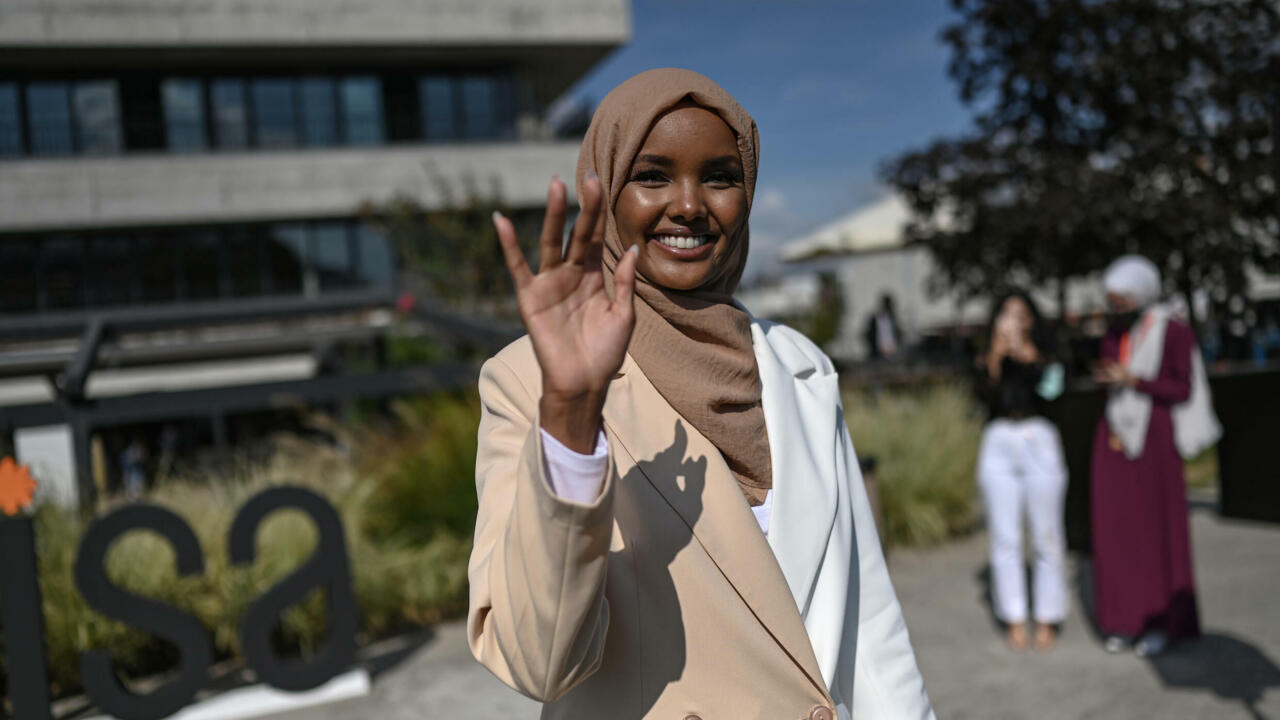 Halima Aden, the first model to wear a hijab and pose in a burkini, has torn up her lucrative contracts in an industry she says lacks “basic human respect” and has instead entered the world of modest fashion design.

For the Somali-American born in a refugee camp in Kenya, it was about preserving her self-esteem and well-being in a fast-paced and cowardly industry that increasingly clashed with her Muslim values.

“Since I was a little girl, this quote – ‘don’t change yourself, change the game’ – has taken me through so many things in life,” she told AFP. during an interview in Istanbul.

“When I made the decision to quit, that’s exactly what I did,” she said. “So I’m very, very proud. “

Aden’s departure last November came as a shock to fashionistas and Muslim influencers who admired his pioneering career.

Aden, who turns 24 on Sunday, led the way in Minnesota, where she became the first contestant to wear a hijab and burkini – a full-length swimsuit whose appearance has sparked controversy on some European beaches – in a US state beauty pageant. in 2016.

She posed in it again for Sports Illustrated’s annual swimwear issue when her fame was spreading in 2019.

“I was always given a box, a private place to change, but I was often the only one with privacy,” she said.

“I could see my fellow young women having to undress and change in public, in front of media figures, cooks and staff, designers and assistants,” she recalls.

“For me it was very shocking,” she said. “I couldn’t be in an industry where there is no basic human respect.”

Aden appeared released when she announced her decision to drop photoshoots and parades last year. She becomes more of a designer.

“Wow that’s actually the most RELIEF I’ve felt since I started in 2016. Keeping that in was literal POISON!” she said on Instagram.

She felt that her traditions, radically different from those of most other models, were caricatured and turned into a gadget by some brands.

One, American Eagle, replaced a scarf with a pair of jeans on the head during a 2017 campaign.

“But … that’s not even my style ??” she protested on Instagram at the time.

“I came to a place where I couldn’t recognize my hijab as I traditionally wore it,” Aden told AFP.

Aden looked much more at home in Istanbul surrounded by Middle Eastern fashionistas as she attended an event hosted by Modanisa, her new home.

She will design collections exclusively for the Turkish online brand, which is one of the biggest names in the modest fashion industry, valued at $ 277 billion in 2019.

It already represents more than a tenth of the global fashion industry’s $ 2.2 trillion, with plenty of room for growth, according to DinarStandard, a consulting firm specializing in emerging Muslim markets.

The trend is particularly strong in Iran, Saudi Arabia and Turkey, where Aden rejoices in the melee of cultures in the streets.

“You get a taste of the world in Istanbul.”

The industry has taken off over the past decade, in part thanks to the careers of female models like Aden.

Soft-spoken but smiling, Aden appears confident in modest fashion’s ability to withstand crises like the coronavirus pandemic and shifting fashions.

Islam and fashion “are 100% compatible because there is nothing in our religion that prohibits being in fashion,” she said.

Luxury brands such as DKNY and Dolce & Gabbana have already picked up the trend by creating collections for modest women.

But Aden denounced “a lot of symbolism, especially in the fashion industry, where they want our money but they don’t want to support us in the problems we are facing”.

“I think fashion has to do a bigger job,” she said. “You represent your Muslim clients, it is important to speak up when they are faced with injustices.”