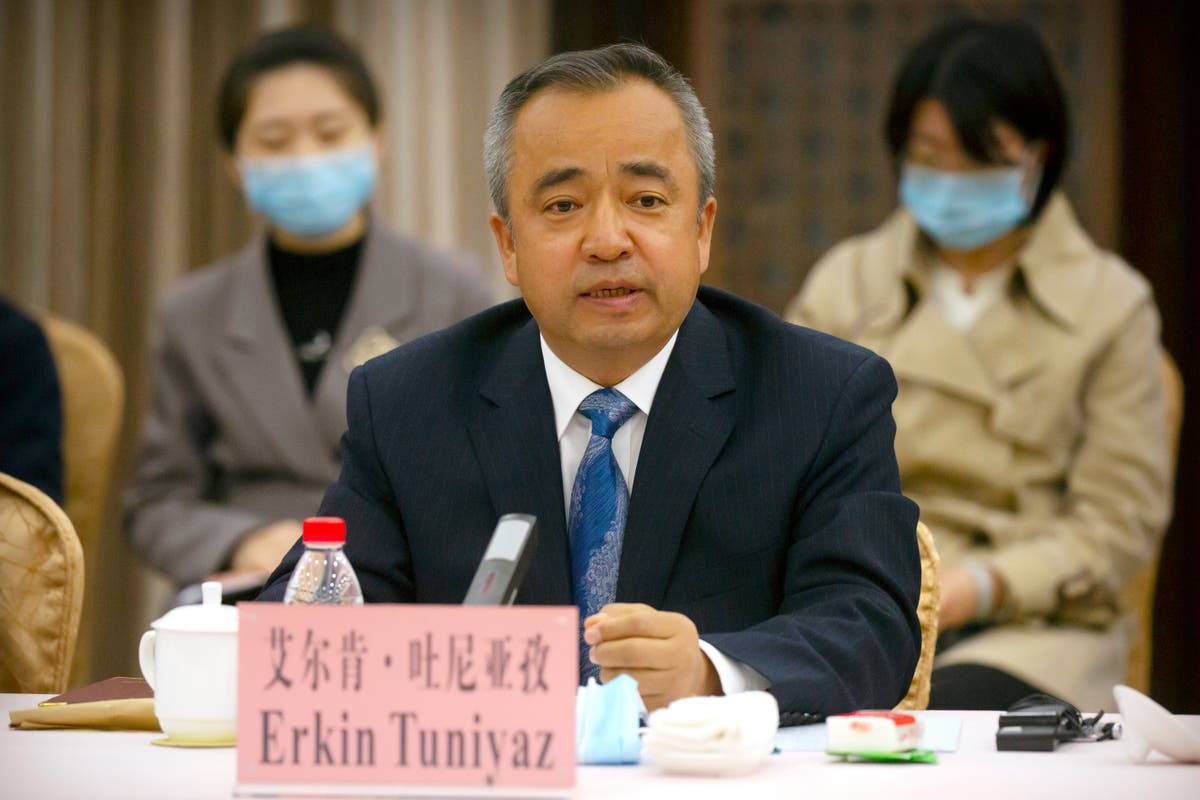 China has appointed a new governor for Xinjiang where the ruling Communist Party is accused of carrying out mass detentions and other abuses against members of the Uyghur and other Muslim minority groups.

A former vice governor, Erkin Tuniyaz gained some notoriety for delivering a vociferous defense of Chinese policies in the northwestern region, particularly the use of facilities critics call detention centers but which China says are intended for vocational training and deradicalization and turning the region’s residents away from terrorism and extremism.

Tuniyaz, 59, is an ethnic Uyghur who studied economics and law and worked his way up through a variety of posts in Xinjiang. His appointment was announced late Thursday.

The region’s most powerful official is Communist Party Secretary Chen Quanguo, who is accused of overseeing the mass detentions and all-enveloping surveillance of minorities.

In his February video address to the United Nations, Tuniyaz said: “All trainees of these facilities had graduated” by October 2019 and now had “stable jobs and are living a normal life.”

The centers “educated and rehabilitated people influenced by religious extremism and guilty of minor crimes in order to prevent them from falling victim to terrorism and extremism” and to protect citizens from infringement of their basic human rights, Tuniyaz said.

Observers say the camp system has been expanded with more permanent facilities, while ex-detainees say they were subjected to brutal conditions and political indoctrination intended to separate them from their traditional culture and religion.

Under the assimilation drive, the state has forced Uighurs to undergo sterilizations and abortions, an Associated Press investigation found, and in recent months, has ordered them to drink traditional Chinese medicines to combat the coronavirus.

Many in the camps have been sentenced in secret, extrajudicial trials and transferred to high-security prisons for things like having contact with people abroad, having too many children and studying Islam. People deemed less of a risk, like women or the elderly, have been transferred to a form of house arrest or forced labor in factories.