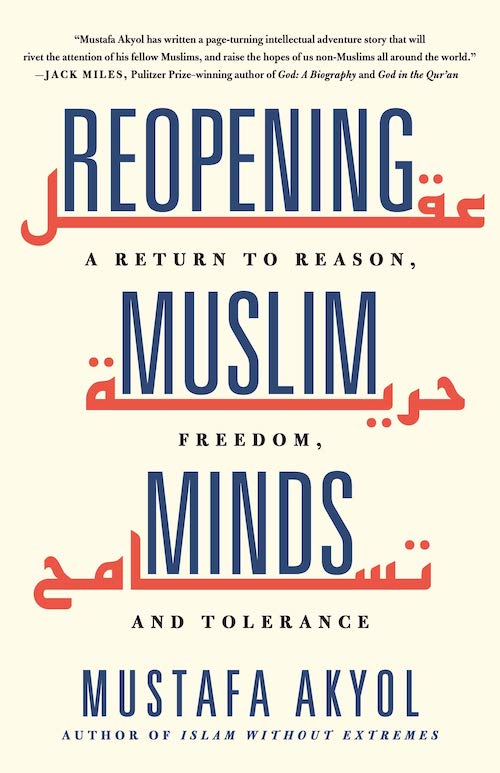 SINCE the terrorist attacks of September 11, 2001, Islam has been the subject of attacks that treat it only as a destructive ideology. In his new book, The reopening of Muslim minds: a return to reason, freedom and tolerance, Mustafa Akyol goes beyond divisive discourse and delves into faith without being defensive or apologizing.

His book is a catalyst for dialogue not only between Muslims and non-Muslims but also between Muslims themselves. As the title suggests, its goal is to awaken Islam and Muslims to their own rich tradition.

Akyol recalls telling an audience in Malaysia that “apostates should not be executed or ‘rehabilitated’, but simply left alone with their conscience. He ended by saying, “Faith is not something you can police. “This led him to be arrested and brought before a Sharia court. The experience made him wonder if the ‘police of religion’ across the Islamic world are aware of their own exegetical, philosophical tradition. and theological.

One of his heroes is Ibn Rushd, better known in the Western world as Averroes, who became an interpreter of Aristotle’s philosophical work and “made it his mission to prove his compatibility with the ‘islam “. The center of Akyol’s book is the tension between truth and revelation, whether we are to read the Quran literally or allegorically, and Ibn Rushd’s insistence that Islam must have a relationship between faith and the reason. Akyol writes: “While asserting that revelation itself governs philosophy, Ibn Rushd also argued that the discoveries of philosophy would not contradict the teachings of revelation. “

Fundamentalist scholars can say that Ibn Rushd was trying to “liberalize” Islam and was wrong in his interpretation of the Qur’an. But Akyol is ready for oppositions like these and writes that what Ibn Rushd did was a warning against an “intellectually prejudicial” position. “It was a really wise warning,” writes Akyol, “against any ‘post-truth’ world, where facts cease to be facts and all objective knowledge collapses into wishful thinking – let this wish either religious or secular in nature. Ibn Rushd’s warnings are also Akyol’s warnings.

The Ottoman Empire turned away from modernity in the 17th century, and many Gulf states followed suit. Enlightenment values ​​such as democracy bypassed the Arab street with few exceptions. Akyol writes:

Faced with this grim deficit of freedom, it is not surprising that Muslims who value freedom sometimes stray from the faith. Some abandon it completely. […] [T]there is now a growing trend towards atheism, deism or conversion to Christianity, precisely because narrow interpretations of Islam are forced on people by Islamist regimes or groups, only to create a backlash.

In other words, many Muslims live in fear. This is an unacceptable reality and must be remedied. For Akyol, this means

give up coercive power in the name of Islam [—] […] no more religious and moral policing, no more threats against apostates and “innovators,” no more blasphemy laws, no more public flogging or stoning for sinners, and no more violence or intimidation in the family.

But that’s not all. Akyol writes, echoing Muhammad: “Having no compulsion in religion will also require a new Muslim membership – not as collectively disciplined communities, but rather as self-disciplined individuals. “”[B]Building the character of the Muslim individual ”, indeed allowing its emergence, is a central concern of the book. The notion of personality is not foreign to Islam. But along the way, coercion and pseudotheological totalitarianism denied the notion of inner freedom.

This is not to say that Akyol suggests that pious Muslims abandon their communities or take a relativistic view of religion. The aim is not to tell Muslims to engage in lenient Western behavior, but rather to help them awaken the spirit of reason, freedom and tolerance. It is for reason that we know nature. Yet at the same time, we must not see ourselves as beings who are both the beginning and the end. Without a recognition of inner humility, there can be no ethics and morals. Rigid faith will not inform or shape a person to become a better human being. On the contrary, it will only beat him more into psychological submission and force him to enter an existential sphere in which he is neither faithful nor free.

Reopen Muslim Minds is a new cultural analysis of Islam. The field of discourse, in particular on this subject, is indeed arid. Mustafa Akyol’s book is a call not only to prayer but also to reason. It is a work of theological interpretation which affirms human dignity and mutual respect. “Tolerance,” writes Akyol,

does not mean evaporation of any difference. But tolerance means that we must be humble in our judgments, because the ultimate judgment belongs to God. It also means that beyond our differences, we have a common humanity that connects us.

Emina Melonic is a book and film critic who resides in East Aurora, New York.