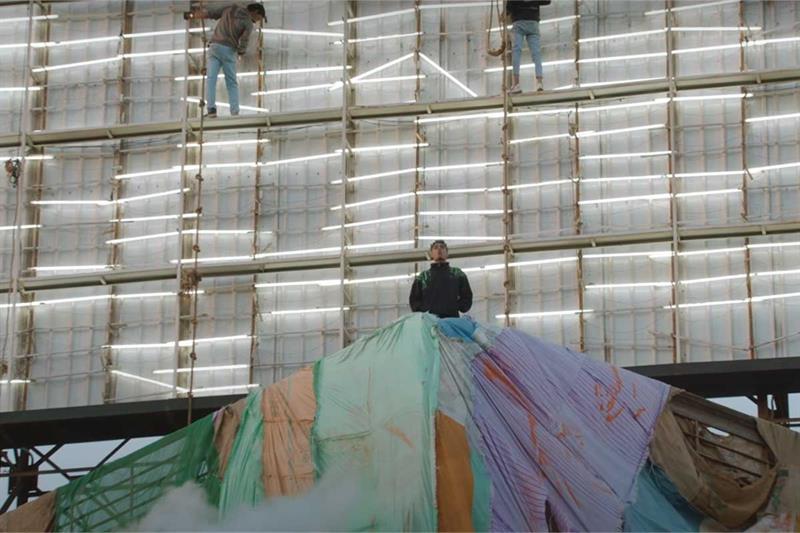 In a strongly worded statement, the union cited an offense against the values ​​of a well-known religious hymn as well as the use of profanity that shocked Egyptian society.

At a concert at the Al-Manara Arena on Friday, Pablo – who is not a member of the union and operates under the one-day license system – introduced guest Palestinian rapper, Shabjdeed, who sang a modified version of ‘Mawlay’ – an iconic anthem made popular by esteemed Naqshbandi – as a tribute to its host.

Shabjadeed changed the word “Mawaly” (“My Lord”) to “Marwan” and continued the intro which could be translated as: “I am at your door, opening my hands (for prayers), who have I (except you) ?”

On Sunday, following the union’s decision and the controversy sparked by the incident, Shabjdeed apologized to the Egyptians, the global Muslim community, the musical entities involved and Pablo.

The Palestinian rapper said in a story on his Instagram account that he “didn’t want to offend but, on the contrary, wanted to show respect for the culture,” adding that this was due to his lack of experience with the crowd.

One of the country’s most popular rappers, 25-year-old Pablo, best known for his previous track “El-Gemeiza”, is one of the most popular singers locally, with nearly a million subscribers across all of his platforms despite having been on hiatus for almost a year.

Her comeback clip “Ghaba” has 18 million views on YouTube alone since its release in February, with each of her other songs racking up millions of streams across all platforms.

Pablo’s ban adds to the problems for rappers and mahragan singers with the union – led by veteran singer Hany Shaker – which recently banned the use of recorded music in public performances, forcing all artists to include at least eight musicians when they perform live.

The banned rapper still has the option of appealing his case to the union, however, he has yet to do so.

For more information and updates on arts and culture, follow Ahram Online Arts and Culture on Twitter at @AhramOnlineArts and on Facebook at Ahram Online: Arts & Culture