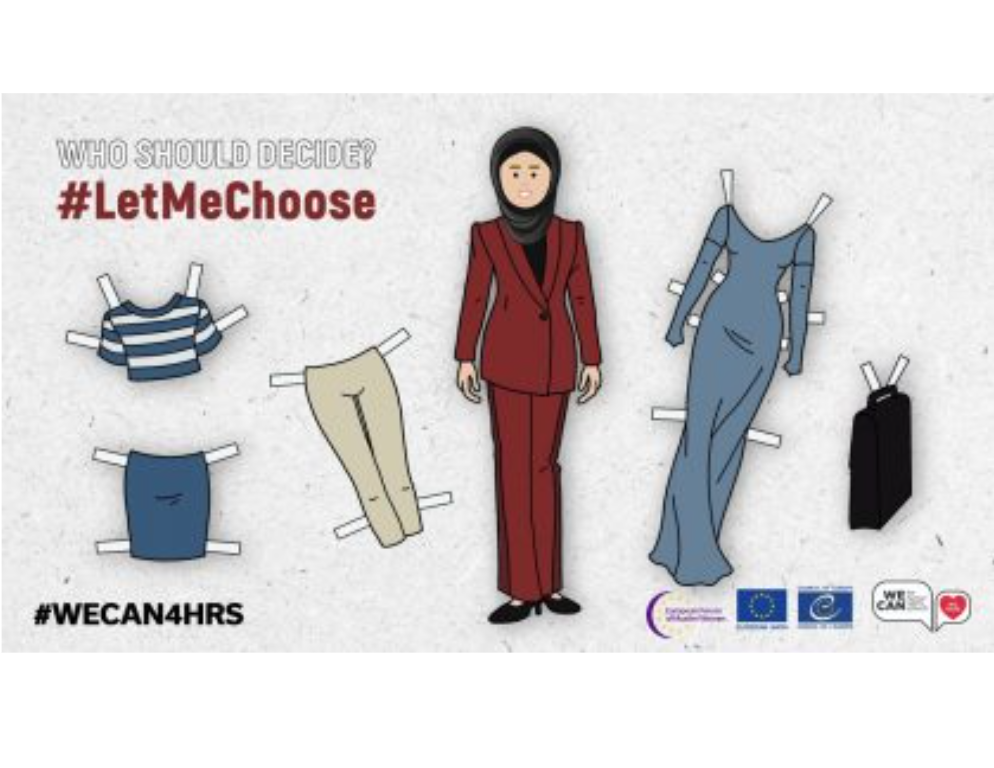 Posters of the Council of Europe’s campaign promoting respect for Islamic women who wear headscarves have been removed following criticism from France.

An advertising slogan read: “Beauty is in diversity as freedom is in the Hijab. “

Many French politicians condemned the message, arguing that hijabs do not represent freedom.

Former French MP Sarah El Haïry told LCI TV: “Headscarves are encouraged in the campaign video. We condemn this. France expressed its disapproval of this campaign (to the Council of Europe) and the campaign was canceled.

El Haïry went on to say that a poster, which showed a divided image of a woman wearing a hijab and another without, encouraged women to wear the headscarf.

The 2022 National Rally candidate Marine Le Pen wrote on Twitter: “This European communication in favor of the Islamist veil is scandalous and indecent as millions of women courageously fight against this enslavement, including in France.”

“It is when women remove the veil that they become free, and not the other way around!

This European communication in favor of the Islamist veil is scandalous and indecent as millions of women courageously fight against this enslavement, including in France.

It is when retired women wear the veil that they become free, not the other way around! https://t.co/Zvn1Z6GENC

The Council of Europe said in an interview with the BBC that the Tweets had been deleted “as we reflect on a better presentation of this project”.

The campaign’s source material was inspired by two online workshops completed in September and organized with Femyso, a forum of Muslim youth organizations across Europe.

A Council of Europe spokesperson said that the language of the campaign “reflected the individual statements of people who attended one of the project workshops”.

Femyso President Hande Taner defended the campaign against the French backlash in a recent interview with the BBC.

Taner said he was “really sad that the efforts of minority youth are attacked and undermined” by politicians.

She also said the campaign was still ongoing, but “as to why the tweet was deleted, I cannot speak for the Council of Europe”.

“(The criticism was) another example of how the rights of Muslim women are non-existent for those who claim to represent or protect notions such as liberty, equality and liberty,” Taner continued.

#Equal treatment for all Everyone should be free to choose what to wear and always have equal educational opportunities. Wearing the hijab is a choice and a human right # WECAN4HRS So, # Let me choose @CoE_Antidiscrim @femyso @ENAREurope @EUParl_FR pic.twitter.com/MFFxGbuIWM

Accommodation of Islamic people in France has been a controversial political issue as France has the highest Islamic population in Europe, around 5 million, and a growing culture of right-wing nationalism.

The full scarf has been banned in France since 2011.