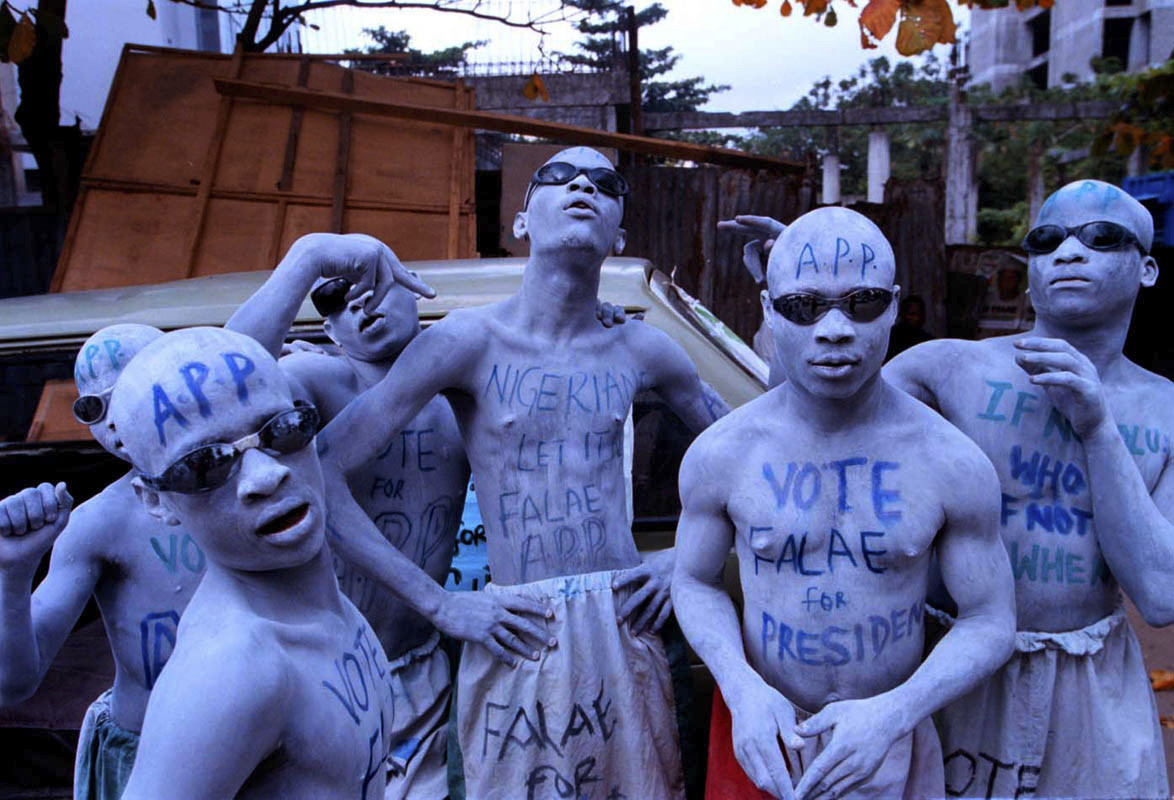 Keith de Lellis Gallery presents the photograph of Ozier Mohammed in the artist’s first solo exhibition in New York. Ozier Muhammad (b.1950) is a Chicago Pulitzer Prize-winning photojournalist who has documented the cultural events of black citizens around the world for more than four decades. The exhibit showcases Muhammad’s dedication to using photography as a means of telling the truth that explores racial issues across society and highlights the daily joys and conflicts of African and African American communities.

Muhammad is the grandson of Nation of Islam founder Elijah Muhammad, who mentored popular figures in the civil rights movement, including Malcom X and Muhammad Ali. During Muhammad’s childhood he was surrounded by other influential figures such as Gordon Parks and Roy DeCarava. Parks was the first African-American photographer for Life magazine and DeCarava is one of the 20’s most famous photographerse century. Seeing photographs of Parks and DeCarava sparked Muhammad’s interest and inspired him to pursue a career in photojournalism.

Muhammad began his career in Chicago in the early 1970s as a photographer for Jet and Ebony magazines. Both publications were devoted to telling the complex stories of African Americans that were not covered by white-owned magazines. He began to travel to Africa in 1974 to report on the end of colonialism. In 1984, while working for Newsday, his involvement in reporting “Africa, The Desperate Continent” earned him a Joint Pulitzer Prize for International Reporting. Muhammad’s work has won other prestigious awards and scholarships. In 1994, he documented Nelson Mandela’s historic presidential victory to become South Africa’s first non-white president. In 1992, Muhammad became a photographer for The New York Times, where he then covered President Obama’s groundbreaking journey to become the first African-American president of the United States in 2008.

Muhammad’s work captures incredibly stimulating moments in black history and serves as an influential voice for his community.

The work of Muhammad, from Harlem, Kenya, is not much different from that of a cultural anthropologist. Throughout his career, Muhammad has taken an honest look at the world around him while recording moments in history. His work has raised awareness of the trials and triumphs that have been and continue to be experienced by Africans and African Americans. A photograph taken on her trip to Ethiopia shows an exhausted mother waiting outside a camp for internally displaced people in central Ethiopia run by Doctors Without Borders. In another photograph from the same camp, we see a severely malnourished young Ethiopian girl whose fragile limbs hang from a scale while under the care of doctors. Muhammad’s work documents both the difficult and poignant experiences that represent the lives of many black citizens around the world. The exhibit includes a photograph of a young boy as he happily plays his broken trombone through the streets of Harlem while another photograph shows a formidable line of Nation of Islam men as they gather in a public housing project in Chicago to help residents stop gang violence. Whether documenting world events or everyday moments in Harlem, Muhammad is dedicated to photographing his community with honesty and compassion.

Muhammad’s work is in the collections of the Art Institute of Chicago, the Bank of America, Haverford College, and the Z. Smith Reynolds Foundation. This exhibition will be on view at the Keith de Lellis gallery until December 4, 2021.

Ozier Muhammad: the events that changed the world