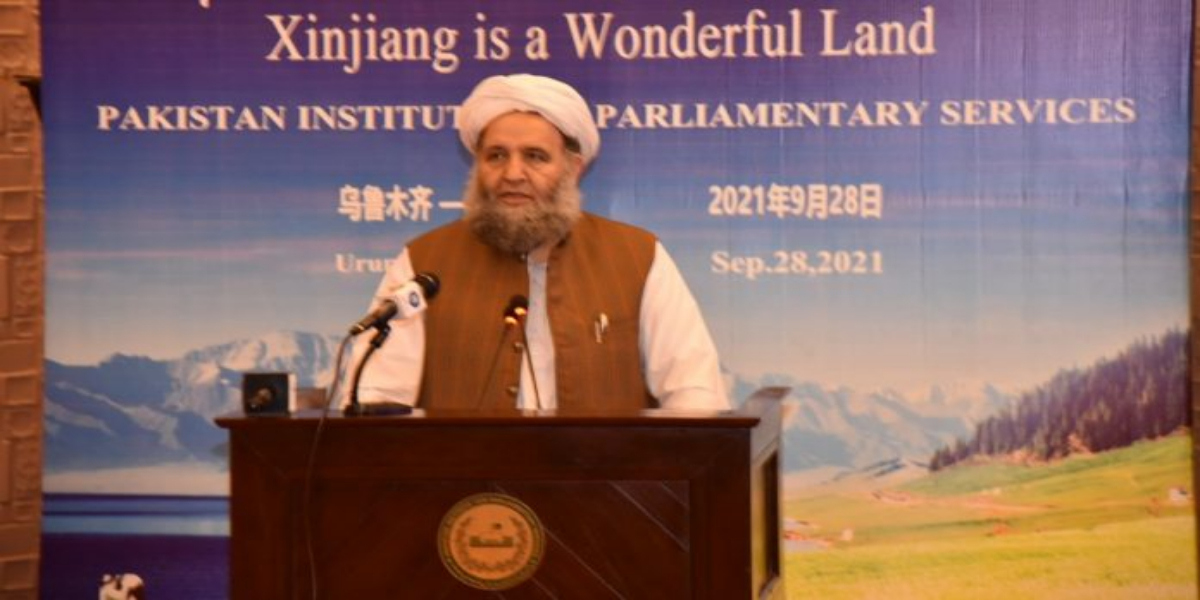 Federal Minister of Religious Affairs and Interfaith Harmony Sahibzada Noor-ul-Haq Qadri praised the Chinese government for ensuring the freedom for Muslims to perform religious rituals such as the Hajj and to observe holy months such as the Ramazan and other festivals.

Addressing a webinar titled “Xinjiang is a Beautiful and Unique Region” hosted by the Chinese Ambassador, he said China guarantees the protection of religious freedom to Muslims residing there through its laws. .

He praised the Chinese government for commending the standard translations of the Quran Pak, Sahih Bukhari into different Chinese languages ​​for the benefit of Muslims and for establishing an Islamic school in Xinjiang.

The importance of China’s Xinjiang Province has increased dramatically due to its proximity to the China-Pakistan Economic Corridor (CPEC).

The economic and social development of Xinjiang, a beautiful blend of Central Asian and Middle Eastern culture, has improved the standard of living of its people.
Senior officials from Xinjiang gave a detailed briefing on the socio-economic development of the local population.