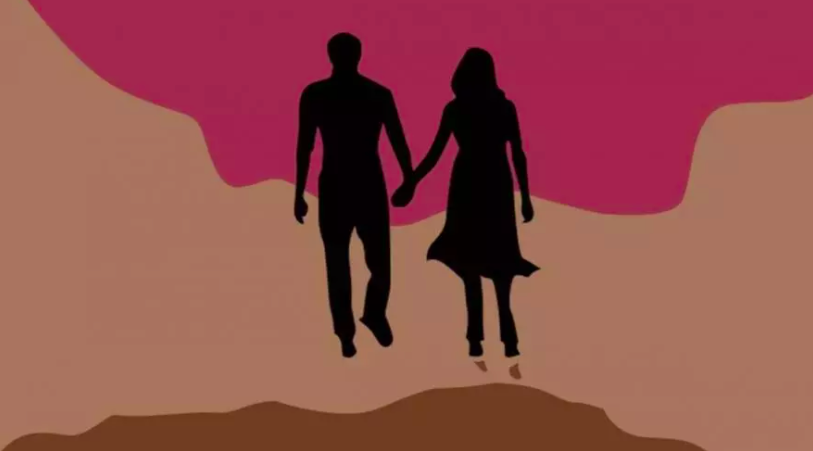 TGujarat’s Law on Freedom of Religion (amended), 2021, was implemented in the state on June 15 this year after the bill was passed in the budget session and approved by Governor Acharya Devvrat. A few days later, Gujarat police on June 19 registered the first case under the amended law and arrested six people, including five from a family in the Tarsali region in Vadodara.

The arrests took place following a complaint has been filed by a 24-year-old woman on the same day, stating that the accused tampered with her religious identity by pretending to be a Christian and lured her into a relationship by “promising her modern life after marriage”. The complaint further stated that she had met him via social media and that she was allegedly raped four times by the accused in a hotel and at the home of a co-accused. The 26-year-old defendant also shared intimate photos of the woman to blackmail her into marrying him in a nikah ceremony then convert to Islam, mentionned the complainant in her statement to the Vadodara police.

Vadodara police have arrested the man with his parents, his sister, and uncle as well as another man who facilitated the alleged sexual assault on the complainant.

“The man, who owns a sheep store, forced the woman to go to a religious place and marry him through a nikah ceremony. She was also forced to convert to Islam and change her name, ”Jayrajsinh Vala, Zone 2 Deputy Police Commissioner Vadodara, told media. the arrests

In particular, the amendment to the the existing law came after Nitin Patel, the redeputy VSthief MMinister of Gujarat, announced in February this year that the government would have bring legislation against “love jihad’ during the budget session of the Assembly.

Patel, while campaigning for local elections in the same month, said the law was “essential for the safety of Hindu girls and women.”

In a controversial speech, he said: “People of other faiths are cheating on our daughters by using luxury cars and bicycles. These are the people who have nothing to eat at home and someone else is paying for their gasoline. They even appear (look like) Hindus these days to impress and take away our daughters and change their religion. We can build schools, colleges, medical schools, and homes to educate our daughters and grant fee waivers, but if our daughters cannot be safe then there is no point in college or to a home. Security is paramount for our party. Safety was assured when the The BJP has come to power and we are strengthening it with each passing day. To put a stop to such people, our government is seriously considering passing a love law. jihad during the next session of the Assembly.

QUESTIONS RAISED WITH THE LAW

“We have noI couldn’t join the family in this case. However, a rape charge against a Muslim man is not uncommon in a case filed under this law.,” mentionned Mujaheed Nafees, chairman of the Minority Minorities Coordination Committee, a minority rights organization based in Gujarat. “Usually a the missing person complaint is filed first. After what, the local police get involved and the man’s family and friends are arrested or detained for investigation. In most of the cases, the charges are not brought to court, but the family is going through a long and costly legal battle that many cannot afford ”, he mentionned.

Nafees criticized the amended law, saying: “This act was mainly used to harass Muslim men in protective gear. In effect, it takes away a woman’s basic right to choose her partner.“ Under this law, any person, regardless of their family relationship with the woman, can lodge a complaint raising doubts that the the woman was forcibly converted; tit is entirely up to man to prove the contrary. “In multiple cases I have helped I have noticed that the self-proclaimed bangs are entitled–wing organisApplications go to the marriage registry office and verify the names of couples registered under the Special Marriage Act. They are often the complainants or worse, they arrive at his home to harass the man and his family. In addition, the role of the police does not support the couple in such cases, ”said Nafees. Newsclick.

According to Danish Qureshi, a minority rights activist based in Ahmedabad, there are loopholes in the FIR against the accused in the current case. “For example, mikah the ceremony is not allowed unless both people are Muslims. Thus, it is unlikely that a Muslim could not have revealed his religious identity before the mikah ceremony, as the FIR claims. In addition, it is mandatory to inform the Collector of a district before converting to another religion with mention of the reason for the conversion among other information. It is only after the authorization of the authority of the district that one can contact a religious leader for the conversion ”, he said to Newsclick.

Notably, the Gujarat Religious Freedom Law entered into force in 2008 do it mandatory for a person to obtain prior approval from the district authority for consensual conversion.

Lawyer Samshad Pathan says the law has come into force mainly like a countermeasure to stop conversions in the tribal belts of Gujarat. “It was the time when the BJP and its sister organizedsations like Vishwa Hindu Parishad (VHP) used terms like ‘ghar wapsi‘ at Stop tribes converted to Christianity. The law was applied retrospectively and was called Gujarat Freedom of religion 2003, so that any conversion dating back to 2003 iss null and void because the collector’s authorization has not been taken before the conversion, ”Pathan told the Newsclick.

“However, after 2014, the right-wing organizationsations began to use the word ‘love jihad‘ and the law began to be used to target Muslims. The current amendment is an extension of the same agenda. Acts classified as misdemeanors under the Gujarat Religious Freedom Act are already criminal acts under various sections of the Indian Penal Code. For example, if a man lies to a woman and hide his identity, he will be punishable under the IPC Section 406 or 420 punishable with seven to 10 years in prison, which is a quantum of punishment greater than what the Gujarat Freedom of religion Act guarantees. If a man rapes or assaults a woman, it is punishable under the IPC Section 376. There is no need for a new law unless the agenda is aimed at a particular community, ”Pathan added.

Under Gujarat’s 2003 law on religious freedom, a person could have been jailed for up to three years with a fine of up to Rs 50,000 if found guilty of forced conversion. In the recent modificationis lying in the draft law, the “offense” was made non-surety. He redefines the word ‘seduction‘ by adding ‘better way of life, divine blessings or whatever‘ deeming it necessary to slow down conversion through forced marriage. The amended law also states that anyone who assists with conversion in the name of love and marriage will also be considered guilty as well. Any marriage of this type considered as a forced conversion will be declared null and void by the concerned family court, specifies the amended law.

A day after the government of Gujarat passed the Gujarat Religious Freedom (Amendment) Bill 2021 in the assembly banning “forced conversion by marriage,” the Minority Coordinating Committee (MCC) wrote to the governor to request the cancellation of the bill.

Calling it unconstitutional and a tool that can be misused against minorities, Mujaheed Nafees, president of the MCC wrote: “The fundamental spirit of this law is the violation of the religious freedom of the people. The political conspiracy of male political leaders to impose their ideas on women and their right to choose is visible.

In 2015, a petition was filed in the High Court by the Archbishop of Gandhinagar and others challenging the clause in the law requiring the person to state the reason for the conversion.

In 2009, a petition challenging the constitutional validity of the AThe complaint was brought to the High Court by the Gujarat United Christian Forum for Human Rights, retired IAS officer PK Velera, Hanif Lakdawala of the NGO Sanchetna and human rights activists Valjibhai Patel and Dwarikanath.