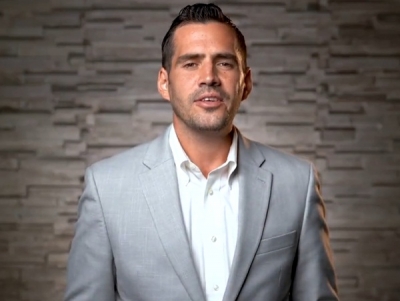 Mumbai, November 22 When Dr Craig Considine was recognized as an American specialist in interfaith and Christian-Muslim relations, the Muslim world was all ears.

The professor at Rice University in Texas recently launched his new book, “The People of the Book: The Prophet Muhammad’s Encounters with Christ,” which is making waves in religious and academic circles around the world.

“Defending the honor of the Prophet Muhammad is a challenge. Some critics would rather I ‘convert’ than defend him. Others call me a ‘heretic.’ People even say that I only honor him for the sake of it. “fame.” It’s the reality. It inspires me. It’s the truth, ”Dr Considine said during some of the reactions he encountered.

Earlier, his statement that “the United States Supreme Court honors the Prophet Muhammad as one of the greatest lawmakers in history” and how “Harvard University Law School recognizes the Quran as one of the major books for justice in the world ”had sparked debates on both sides.

“I share these facts when people say ‘Islam is incompatible with American values’,” he justified his statements.

However, Dr Considine has legions of admirers and supporters among the Muslim faithful in India, who credit him for rendering many services to interfaith understanding, and many of his statements, although little known to lay people, are common knowledge among scholars and experts on both sides.

“Not only the United States Supreme Court, even the United Nations building in New York has Islamic inscriptions that few people may have noticed …” said Haji Syed Salman Chishty, Gaddi Nashin of Ajmer Sharif Dargah, Rajasthan, and the 27th direct descendant of the revered saint, Hazrat Khawaja Moinuddin Hasan Chisty

Disclaimer: This article was posted automatically from an agency feed without any text changes and has not been reviewed by an editor