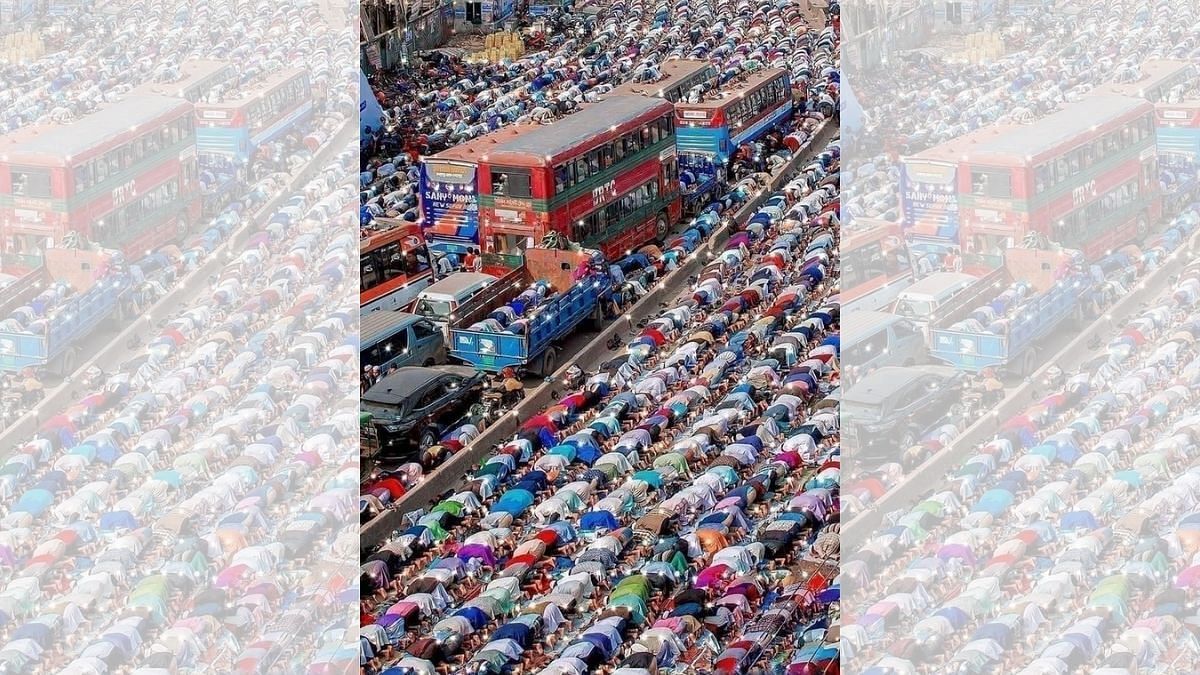 
New Delhi: Pakistani-Canadian writer Tarek Fatah on Friday shared an image allegedly showing large numbers of Muslims performing namaaz in the middle of the road, blocking the passage of vehicles.

Fatah claimed the image showed Muslims in India holding Friday prayers by “blocking traffic on a highway”, and said the mass prayer was more of a “show of numbers.”

Toronto sun The columnist shared the image with the caption: “Blocking off traffic on a highway in India to perform Friday prayers. It doesn’t sound like a prayer to me; it’s a demonstration of numbers to intimidate others. Any attempt at it. asking them to move to designated prayer spaces will be labeled “discrimination.”

Commenting on his tweet, another Twitter user wrote: “Namaz rules say: performing prayers on the street / road is frowned upon” and also posted an image stating “Namaz rules: places to pray. is disapproved ”.

Rules of Namaz says: Praying on the street / highway is frowned upon. pic.twitter.com/LkYLQphrb7

“What is happening now is the mixture of religion and politics. It’s bad for a cohesive society, ”wrote one user.

Another responded by saying, “Not currently, it has been going on since Neru’s time, he initiated it. (sic) ”

What is happening now is the mixture of religion and politics.

This is bad for a cohesive society.

Many other Twitter users shared the image with the same caption as Fateh’s. The image was also shared widely on Facebook and Whatsapp.

Fateh shared the image with the same caption on Facebook, but here he said the image is from Bangladesh. Its caption read: “Block traffic on a highway in Bangladesh to perform Friday prayers. It doesn’t sound like a prayer to me; it is a demonstration of numbers to intimidate others. Any attempt to ask them to move to designated prayer spaces will be labeled “discrimination”.

A Facebook with the username “I Support Arnab Goswami” shared the image, with the same caption, and it was shared by 460 users.

The image was taken in Bangladesh in January 2020 during the Biswa Ijtema congregation.

Considered the second largest congregation Muslims after the Haj, Biswa Ijtema, an annual gathering of Muslims, was tenuous in a 160 acre area on the bank of the Turag River in Tongi on the outskirts of Dhaka since 1967.

In January last year, Fatah tweeted a video of people in burqas dancing to a Bollywood song and wrote: “Could someone confirm if this video is from the #CAA_NRCPotests at #ShaheenBagh or ni ( sic)?

He shared the post despite visible clues that the group was dancing around a woman dressed as a bride.

(In collaboration with SM Hoaxslayer)

Read also : Video of helicopter on fire in mid air is not from CDS Rawat’s helicopter, it is a 2020 clip from Syria

ThePrint employs the best young reporters, columnists and editors. To maintain journalism of this quality, it takes smart, thoughtful people like you to pay the price. Whether you live in India or abroad, you can do it here.