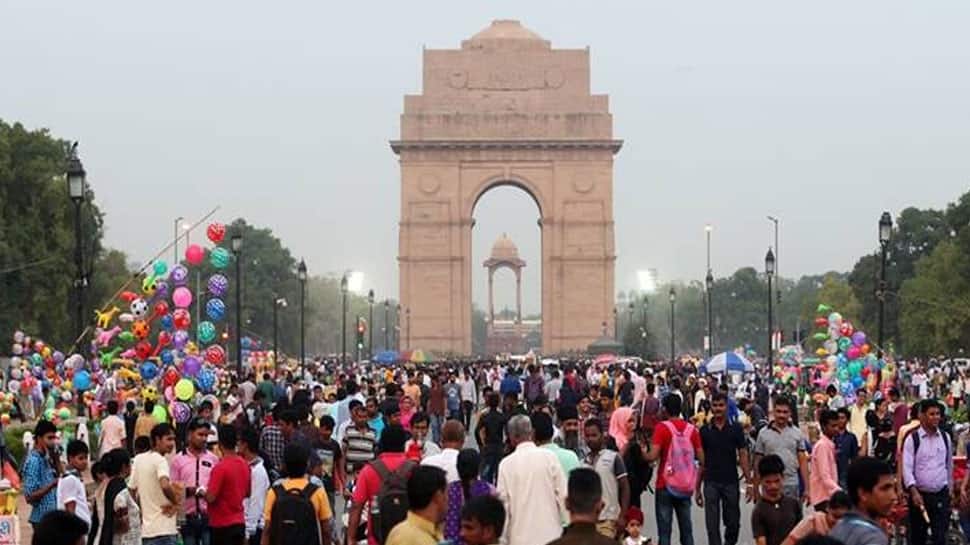 NEW DELHI: A recent report from the Pew Research Center, a Washington DC-based non-partisan news group, found that a majority of Indians enjoy religious freedom, value religious tolerance, and believe respect for all religions is essential. heart of the idea of ​​India.

the Bench study is based on a face-to-face survey of 29,999 Indian adults between late 2019 and early 2020, weeks before the COVID-19 pandemic hit the world.

The Pew study also took a closer look at religious identity, nationalism, and tolerance in Indian company. According to the Pew survey, people from the six major religious groups – Hindus, Muslims, Christians, Jains, Sikhs and Buddhists – overwhelmingly believe that they are very free to practice their religion.

However, in what appears to be a contradiction, the majority in almost all religious groups show a preference for segregating religious communities and “want to live apart”. The survey by the Pew Research Center in India was conducted in 17 languages ​​and covered almost all states and Union territories.

-According to the Pew study, 97% of Indians believe in God and religion holds an important place for them.

-About 80% of people in most faith groups say they are absolutely certain that God exists.

-The cow is considered a sacred animal by the Hindus in India.

-72% of Hindus in India believing that a person is not Hindu if he eats beef. This percentage is higher than Hindus who say that a person cannot be a Hindu if they do not believe in God (49%) or never go to the temple (48%).

-One third of Buddhists say they do not believe in God because belief in God is not central to the teachings of the religion.

-The Pew survey reveals that about 74% of Muslims want access to their own religious courts to resolve family and inheritance issues.

-However, Indian Muslims have had the opportunity to resolve family and inheritance matters in officially recognized Islamic courts, known as dar-ul-qaza since 1937, but the rulings of these religious courts are not legally binding.

-The Pew study also took into account the opinion of the Indian people regarding interfaith marriage. According to this, 66% of Hindus are against marriage in another religion.

-Diwali is the biggest festival of Hindus. According to the Pew study, apart from 95 percent Hindus in India, 20 percent Muslims, 31 percent Christians, 90 percent Sikhs, 79 percent Buddhists and 98 percent Jains celebrate the feast of Diwali, and from these numbers, one can understand that there is brotherhood among all religions in India.

-India will retain a Hindu majority but will also have the largest muslim population from any country in the world, surpassing Indonesia, according to the Pew study.

– Globally, the Hindu population is expected to increase by 34%, from just over 1 billion to almost 1.4 billion, roughly keeping pace with global population growth.

-More than 70 years after India freed itself from colonial rule, Indians feel their country has lived up to one of its post-independence ideals: a society where followers of many religions can live and practice freely, according to a study by Pew.

Main projections of the Pew study

The Pew study said the religious profile of the world is changing rapidly, mainly due to differences in fertility rates and the size of youth populations among the world’s major religions, as well as a change in religion. Over the next four decades, Christians will remain the largest religious group, but Islam will develop faster than any other major religion. If current trends continue, by 2050 –

-Number of Muslims will almost match the number of Christians around the world.

-Atheists, agnostics and others who do not belong to any religion – although on the increase in countries like the United States and France – will represent a decreasing share of the total world population.

-The global Buddhist population will be roughly the same size as in 2010, while the Hindu and Jewish populations will be larger than today.

-In Europe, Muslims will represent 10% of the total population.

– In the United States, Christians will grow from more than three-quarters of the population in 2010 to two-thirds in 2050, and Judaism will no longer be the largest non-Christian religion.

-Muslims will outnumber people in the United States who identify as Jewish on the basis of religion.

-Four out of ten Christians in the world will live in sub-Saharan Africa.

The Pew study further stated that if current demographic trends continue, Islam will almost catch up by the middle of the 21st century. Between 2010 and 2050, the total world population is expected to reach 9.3 billion, an increase of 35%.

According to the study, by 2050 there will be near parity between Muslims (2.8 billion, or 30% of the population) and Christians (2.9 billion, or 31%), perhaps for the first time in history.

The global Buddhist population is expected to be fairly stable due to low fertility rates and aging populations in countries like China, Thailand, and Japan.

(Facts, figures and projections based on the Pew study)