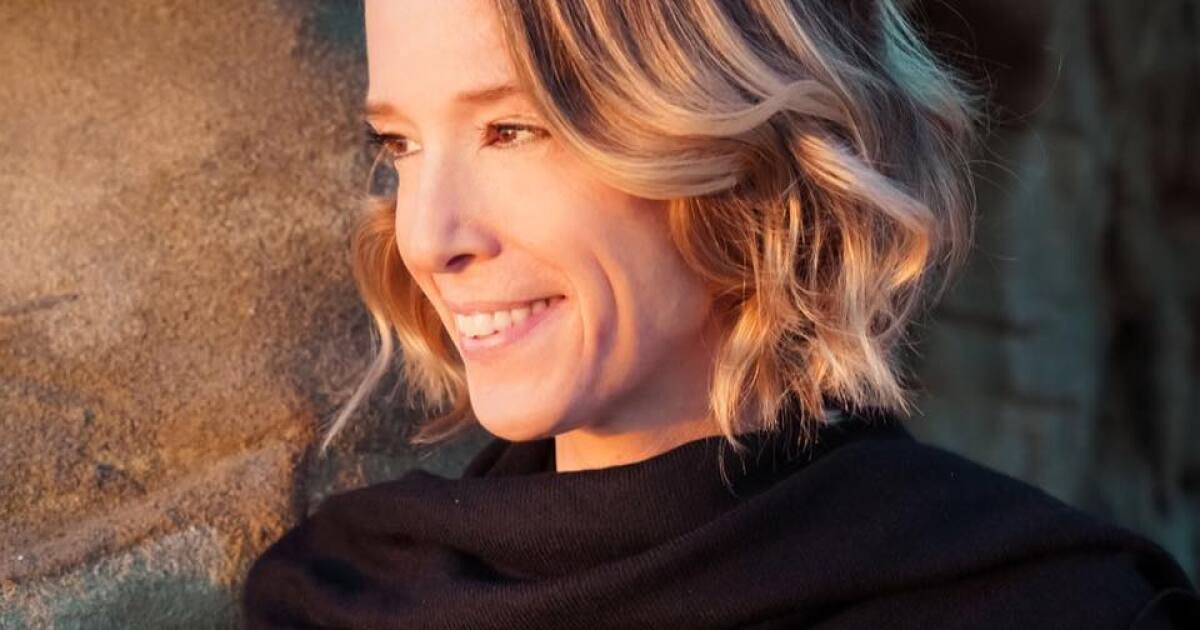 The San Diego Blood Bank was still looking for a game this week for Stacie Buechel, a La Jolla teacher and mother of three who needs a rare blood type to fight bone cancer. More than 600 people have donated blood on his behalf, according to the blood bank.

Buechel, 47, needs about a pint a week of rare blood for transfusions as part of his treatment. It needs type A +, O- or O + which does not have a protein called Kpb. Less than 1% of the American population has this type of blood, the blood bank said.

In an article published on February 2 on her family’s Meal Train webpage, Buechel – a Montessori teacher and founder of the Essbee Learning Center in La Jolla – wrote that “my photo is a little darker than we thought it was. ‘origin’. But she added that “we cannot give up hope. … There are not enough words to describe what so many of you have done for me and my family.

To donate blood on Buechel’s behalf, visit any San Diego Blood Bank or mobile blood donor point and include the code “ESSB” when registering. For more information and to make an appointment, visit sandiegobloodbank.org or dial (619) 400-8251.

The podcast, titled “I’m here for you baby! The Entrepreneur’s Guide to the Galaxy ”, broadcast on Spotify and on anchor.fm/itfyb.

“The theme of our show is that today everyone should think like an entrepreneur, whether in their own business, a large organization or a non-profit organization,” Bry wrote in a message to supporters. . “Among our guests was the head of the largest group of angel investors in the United States, an entrepreneur who started a natural fertilizer business combining [expletive] and Garbage, the head of the Hispanic Chamber of Electronic Commerce, a leader in the cannabis industry and the CEO of Goodwill of San Diego County.

A draft environmental impact report for the future La Jolla innovation center is available for public comment until March 22. The proposed 110,000 square foot, seven story building would be located on the southwest corner of Villa La Jolla Drive and La Jolla Village Drive, where Rock Bottom Brewery once operated.

The facility would house several programs at UC San Diego Health, UCSD School of Medicine, and UCSD Extension and would include office and educational space, a ground floor cafe accessible to the public, and approximately 275 parking spaces.

The entire property is currently a 7 acre commercial complex from which UCSD has leased approximately 90,000 square feet for decades. The university would acquire the land and seek to redevelop an acre. Following approval from University of California regents, which is expected in May, the project could begin construction and be open at the end of 2023.

An online public hearing on the environment will take place at 6 p.m. on Thursday, February 25. For more information and the REI project, visitblink.ucsd.edu/facilities/real-estate/ljic.html.

Church’s White Elephant Sale is a virtual fundraiser this year

The 89th Annual White Elephant Sale at St. James by-the-Sea Episcopal Church in La Jolla will be a virtual fundraiser this year due to the coronavirus pandemic. The event raises money to fund grants for people in need.

With no in-person sale this year, donors are asked to send a check payable to Women of St. James (with “WES” in the memo section) to St. James’s Episcopal Church by- the-Sea, 743 Prospect Street. , La Jolla, CA 92037, or pay on the St. James website, SJBTS.org. The goal is to raise $ 50,000. Donations are tax deductible.

A “Zoom to Remember” event is scheduled from 5 pm to 6 pm on Friday, February 19, via the church’s website, featuring past volunteers, buyers, photos and a toast to beneficiaries.

La Jolla resident and San Diego city councilor Joe LaCava bestowed his first commendation in office on the students of Bishop’s School and Operation Nourish, Bela and Mira Gowda founders, whom he called ” two brilliant young innovators ”. Their non-profit organization supports the community’s healthcare and foodservice sectors by purchasing meals in bulk at local restaurants and donating them to nearby medical facilities.

“Since its inception, Bela and Mira have provided more than 1,000 meals in heavily impacted restaurants to healthcare workers at six area hospitals,” LaCava wrote. “Thank you both for your commitment to the community and your creativity. Keep up the good work! “

The Rotary Club of La Jolla Golden Triangle contributed $ 500 to an initiative of UCHS Interact, a student-run organization at
University City High School, in partnership with the non-profit organization Gravity Water to build rainwater collection and filtration systems to provide safe drinking water in needy areas.

UCHS Interact has “adopted” the primary and secondary school of Ban Lien in the village of Bac Ha in Lao Cai, Vietnam. Students are working to raise a total of $ 2,500 by March 1 so they can complete the project in June.

For more information or to donate, visit Gravitywater.org/university-city-high-school.html.

The Museum of Contemporary Art in San Diego has announced that its first special exhibition on the La Jolla campus in spring 2022 will be “Niki de Saint Phalle in the 1960s”. The Prospect Street Museum is currently undergoing a major renovation and expansion that will quadruple its gallery space. It should open later this year.

The exhibition will explore a period of transformation of 10 years in the work of Saint Phalle, when she embarked on two of her most important series, “Tirs”, or “drawing paintings”, and “Nanas”, according to a press release.

The French-born sculptor, painter and filmmaker moved to La Jolla in the 1990s. She died in 2002.

Utility company San Diego Gas & Electric and the Scripps Institution of Oceanography at UC San Diego in La Jolla have signed a memorandum of understanding to conduct research on the effects of climate risks on the San Diego area.

The collaboration will assess the risks posed by coastal flooding, extreme variability in precipitation, sea level rise and forest fires to SDG & E’s operations, infrastructure and clients, with a focus on creating of a coastal flood early warning model.

The MOU is the continuation of a collaboration between SIO and SDG & E. In 2018, the company and the Scripps’ Center for Climate Change Impacts and Adaptation set up an ongoing project using an observational network of bay-wide pressure sensors and gauges to improve understanding of extremes in current and future water level, wave energy and potential flooding. In 2019, the contract was extended for three years and extended to include the Center for Western Weather and Water Extremes and other Scripps researchers.

The Perry Gallery at 2218 Avenida de la Playa in La Jolla Shores offers live painting events through February on its front patio, with local artists demonstrating their techniques and explaining their inspirations.

Participating artists are Dana Levine on Friday, Cherry Sweig on Saturday, and Dottie Stanley and Mona Ray on Sunday. All demonstrations are from 11 a.m. to 3 p.m. For more information, visit theperrygallery.com.

La Jolla Realtor Janet Lawless Christ has published her second book, “Bizzie: The Beat-Loving Bumbling Bee”, through the publishing arm of her company JoyWorks Networks Inc. “Bizzie” aims to promote the power of music to children and is the second in a series.

The book is based on a true story of bees displaced from the Rancho Santa Fe Inn. A portion of the proceeds from the sale of the book will go to Guitars in the Classroom, a national non-profit organization that trains and equips teachers. and school staff to integrate music into school education and socio-emotional development.

Lawless Christ’s first book, “Nugget the Nomad,” was published in October to teach children how to cope with difficult situations.

Hebrew Free Loan of San Diego, whose chairman of the board is La Jolla resident Selwyn Isakow, has appointed Encinitas resident Mindi Frankel as the first executive director to help develop the new free lending institution. Interest Nonprofit, a member agency of the International Association of Jews Free Loan.

– Compiled by the staff of La Jolla Light ◆