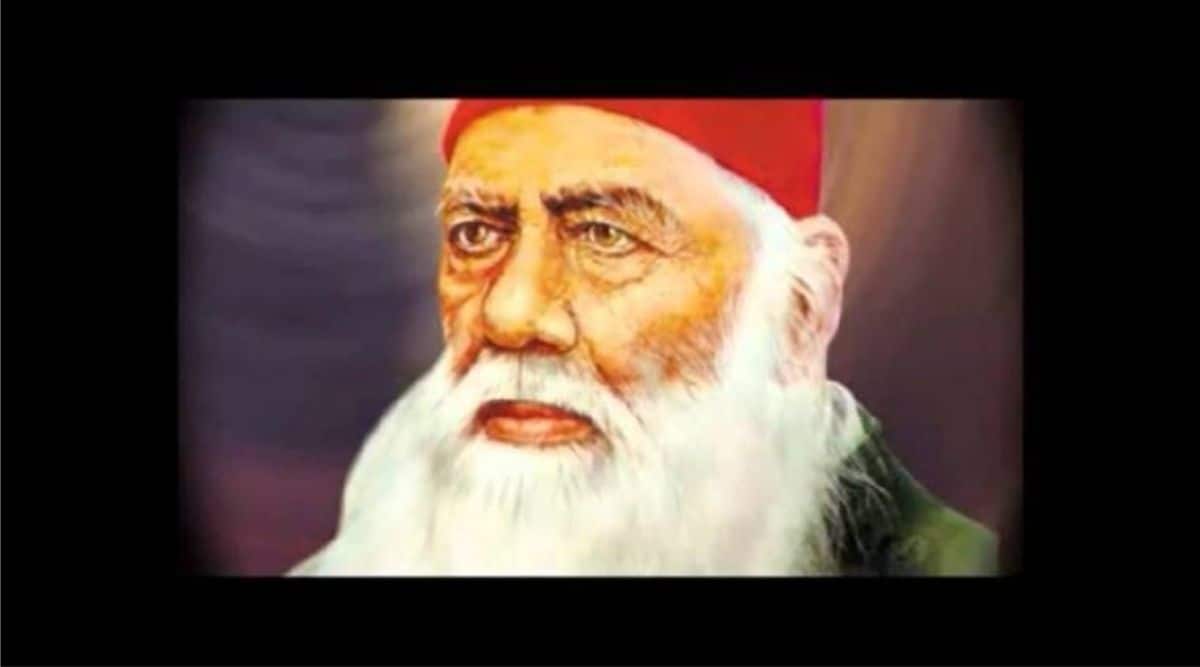 Sir Syed Ahmad Khan (1817-1898), known as Sir Syed, the founder of Muhammadan Anglo Oriental (MAO) College, which became the Muslim University of Aligarh, is regarded by Pakistan as its ideological ancestor for to have defended the policy of separatism. which crystallized in the theory of two nations. This not only led to partition, but continues to haunt the politics of the three countries that emerged from this dismemberment. Yet in India’s official narrative he is celebrated as one of the nation builders. In 1967, the Publications Division of the Ministry of Information and Broadcasting published a monograph written by Khaliq Ahmad Nizami on him as part of the “Builders of Modern India” series. Additionally, in 1973 India issued a postage stamp in his honor and another in 1998 to commemorate the centenary of his death.

Sir Syed lived in a period of tumultuous transition where the old was dead but the new was not yet born. Negotiating his way through his uncertainties would entail many unresolved contradictions. One of his recent biographers, Shafey Kidwai, writes: “His books and articles simultaneously discuss conflicting points of view, and any attempt to bring them together into a single account is doomed to failure.
The Pakistani narrative is about how his legacy actually unfolded, and the Indian narrative is about what could have been. A conciliatory Sir Syed would say: “Hindus and Muslims are the two eyes of the beautiful bride that is Hindustan. The weakness of one of them will spoil the beauty of the bride ”. But, his combative character fumed: “Is it possible that, under these circumstances, two nations – the Mohammedans and the Hindus – could sit on the same throne and remain equal in power?” Certainly not. One must conquer the other. If the Sir Syed of “the two eyes of the bride …” came second to that of “One must conquer the other”, it is because of his obsessive passion for the preservation of the interests of the old ruling class to which he belonged.

Sir Syed was first and foremost a rationalist thinker who tried to update religious thought in Islam according to the scientific way of thinking. He also tried to find the unity between Islam and Christianity – the religion of the British rulers – as an antidote to the religious animosity his people carried towards them. This two-pronged enterprise, however, was aimed at restoring the privileged status of his class, the Ashraf – the descendants of the Muslim conquerors who derived social prestige and the right to political supremacy from their so much-displayed foreign origin. Despite their centuries-old home in India, they avoided assimilation as a religious belief, maintained an outsider’s indifference to the history and culture of the land, and formulated their relationship with the country in strict terms. policies. They described themselves as ashraf and translated the word aristocracy as ashrafiya to reflect their sense of self. As landed nobility, they were spread across India but were mostly concentrated in the areas around Delhi, particularly in western Uttar Pradesh. Although everyone suffered as a result of the 1857 rebellion when the British unleashed a reign of terror, the suffering caused to this class grieved Sir Syed most. Everything he said and did now was aimed at rehabilitating Ashraf as “the aristocracy of the land both in British and Mughal times” (Peter Hardy, 1972, Muslims of British India).

This petty Terran bureaucratic nobility, those who are seasoned in what David Lelyveld calls the Kachehri milieu in his masterful Aligarh’s First Generation (1977), needed a modern education to reinvent themselves as a ruling elite. A modern college was the proposed panacea. But modern education seemed too Christian to them. Thus, Islam had to be interpreted in such a way as to make it conform to modernity. But the Ashraf rightly saw modernity as antithetical to their traditional interests. Therefore, the religious ideas of Sir Syed were to be set aside and religious instruction was to be handed over to Maulvis of Deoband. Sir Syed accepted this as the enlightenment he envisioned was an instrumentalist, aiming to prepare his class for re-powerment. If re-powering could come without enlightenment, it was still a good deal. However, an instrumental, apologetic and guilty modernity would have its own consequences. MAO College was a decidedly political project, but not against the British. Sir Syed preached quietism to them.

There is a lot in Sir Syed’s corpus to allow him a good apology. But fallacious arguments like India not yet a nation when Sir Syed erupted in an offensive tirade against India’s newest National Congress are being made by those who secretly cling to the two-nation theory. India has been a civilizational entity, with a thirst for political unity, since time immemorial. A prerequisite for nationalism is love for a country’s history and culture. The Ashraf religiously guarded against such feelings. Democracy is inherent in nationalism. A privileged class could not be its best supporter.

A thinker is given importance by his followers. Sir Syed’s successors have chosen dogmatism over rationality, politics over education, and separatism over nationalism. The skillful storytellers that they were, their class interests were articulated as the religious concern of the Muslim masses. Today Sir Syed, the thinker, must be partly rejected, partly transcended and partly rehabilitated by bringing his rational and secular thoughts to the fore. There are two imperatives for this: the writers of Muslim narratives are secularizing themselves and the Muslim masses emancipating their minds from the slavery of Ashraf.

(The author is an IPS officer. Opinions are personal)