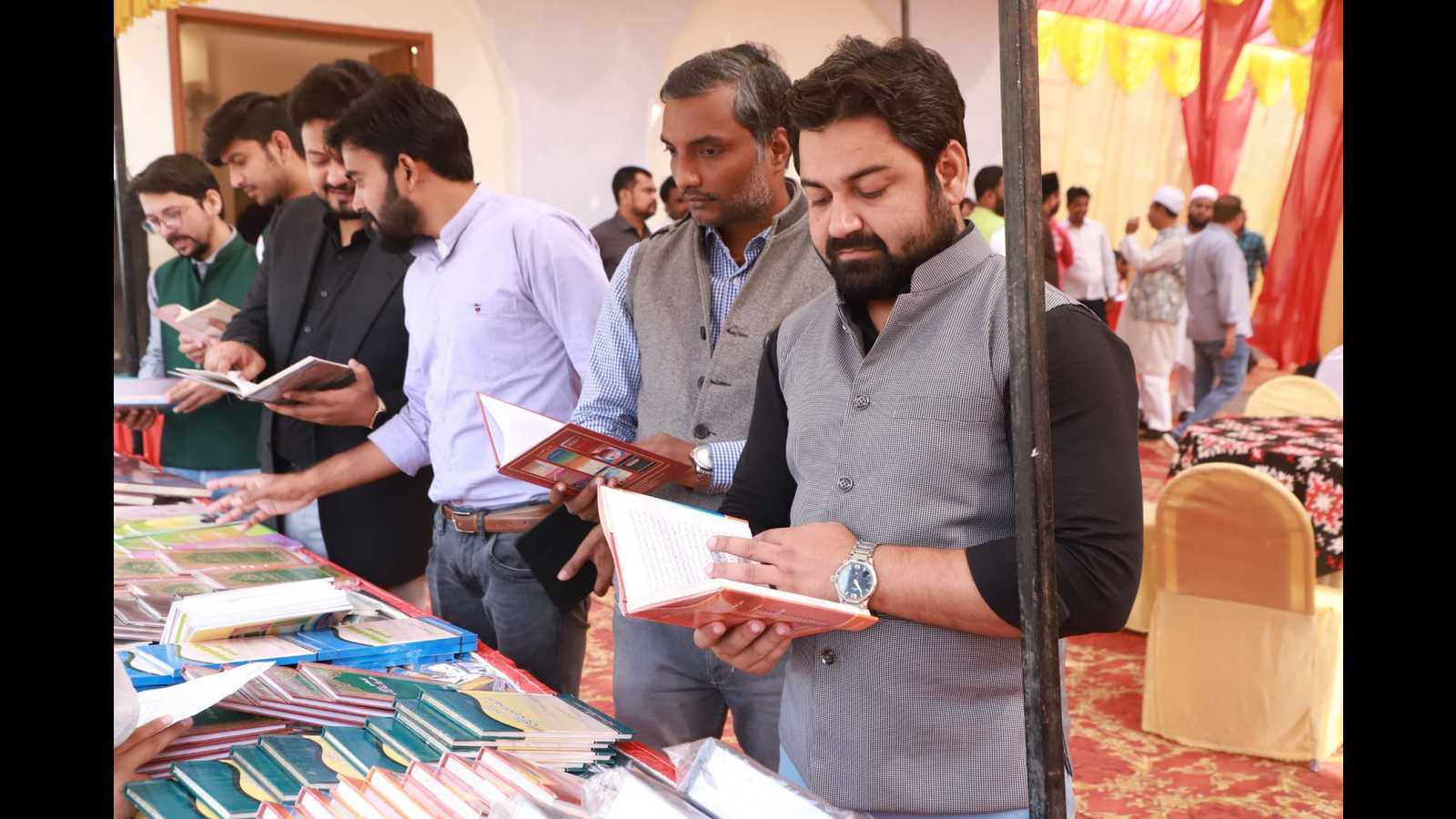 Urdu is the language of love and not of a community, said Farhan Wasti, who created Jashn-e-Urdu (which hosts the world’s largest Mushaira in Dubai and Delhi).

Speaking by phone from Dubai on World Urdu Day (Tuesday), he said: “Urdu is the language of the country (India). I love Hindi and Urdu because Hindi is my mother tongue. I created Jashn-e-Urdu with the help of friends like Kumar Vishwas and Alok Srivastava who are Hindus. Today, the Mushaira and Kavi Sammelan of Dubai and Delhi are considered the most prestigious in the world. Even Pakistani poets want to participate in the event.

Meanwhile, here in Lucknow, dozens of young people, scholars, poets and writers, transcending religious boundaries, participated in ‘Jashn Urdu’, a day of lectures, seminars, a Mushaira and a Fair. book in Urdu, on World Urdu Day, at the Islamic Center of India, Aishbagh.

Maulana Khalid Rasheed Farangi Mahali, President of the Islamic Center of India, said: “You won’t believe that over 80% of the crowd at the Islamic Center for Jashn-e-Urdu was Hindu. Many of them came straight from Hanuman Temple with Tikas on their foreheads to buy a book in Urdu. Over 2,000 books in Urdu were displayed in 10 stands and a number of them were sold. I am happy to see the success of the festival. Next year it will be even bigger.

“At the very first session of the conference organized under ‘Jashn Urdu’, we discussed the contributions of Raghupati Sahay, Firaq Gorakhpuri, Jamuna Das Akhtar, Ram Lal, Dr Jagannath Azad, Krishna Chander, in the development of Urdu. The participation of the common Lucknowite in such festivals shows the cosmopolitan culture of Lucknow.

Echoing this sentiment, Professor Parvez Malikzada, a leading specialist in Urdu and editor-in-chief of the magazine ‘Imqaan’ Urdu, estimated that today, more than Muslims, Hindus are learning this language of peace and ‘love. In other words, they are the standard bearers of Urdu.

He said: “The Urdu poetry has been enriched by the contribution of poets like Brij Narain ‘Chakbast’ who composed his own Urdu narration of Ram’s story. It was he who decided to interpret Hinduism through the idiom of high Urdu literature. He was born in Lucknow.

“Lucknow inherited not only the poetry of Majaz and Mir Taqi Mir, but also of Chakbast, Krishna Behari Noor and Sanjay Mishra ‘Shauq’. This is why Lucknow is one of the most secular cities in the country, both politically and culturally. The interest of most young people in Urdu is a logical continuation of this tradition.

Malikzada said: “The art of marsias, rubais begun by Mir Anees is protected and taken to a new heights by a Hindu like Sanjay Mishra ‘Shauq’. One rubs one’s eyes in disbelief when an Urdu poet with a name like Mishra (a Brahmin) recites poems in praise of Hasan and Hussain, like Malik Muhammed Jaisi writing on Lord Krishna. This can only be found in Lucknow.

He added that there was a magical connection between Urdu and Lucknow. It is perhaps the only city where Urdu was not confined to a community. Lucknow produced master Urdu ghazal writers like Krishna Behari Noor, who was popular for his unique style of poetry recitation. Everyone knows Ram Prakash ‘Bekhud’, Khushbir Singh ‘Shad’ and Manish Shukla, not only in India but in other parts of the world.

Sanjay Mishra Shauq said: “Urdu is the language of the masses, not that of a community. This is why today hundreds of young people are learning Urdu. Just go to Urdu Akademi and you will find 95% Hindus in the courtyards. This shows that the language has no religion.