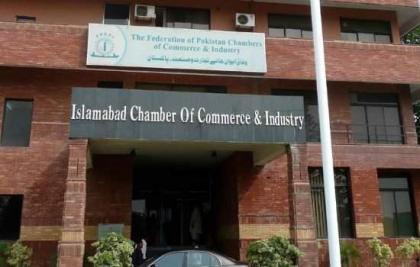 The election announcement ceremony for members of the ICCI bureau for the year 2021-2022 was held at Chamber House where the Chief Election Commission, Ch. Abdul Ghaffar announced the results, according to a press release. .

All the candidates were elected without opposition and they will formally take charge of their portfolios on October 01, 2021.

Speaking on the occasion, the newly elected President of ICCI, Muhammad Shakeel Munir, said that the business community is facing many problems due to the COVID-19 pandemic and that resolving these issues will be their main priority.

He urged the government to change the pricing formula for POL as the bi-weekly price change increases the cost of doing business and increases inflation.

He also urged the government to reduce the high taxes on POL products in order to relieve the population.

He thanked the President and members of the Founding Group and all members of ICCI for trusting in his abilities and decided that he would not disappoint them.

He said that establishing a new industrial zone in Islamabad should be their top priority to foster industrialization and job creation in the region.

Newly-elected Vice President Jamshaid Akhtar Sheikh and Vice President Muhammad Faheem Khan said the government had enacted the Third Amendment 2021 ordinance making tax laws tougher, which raised many concerns in the business community . They urged the government to review these tough amendments to save the business class from further trouble. They thanked the Founding Group and the members of the ICCI for having elected them without opposition and assured that they would try to meet their expectations.

Sardar Yasir Ilyas Khan, President, Fatma Azim Senior Vice-President and Abdul Rehman Khan Vice-President of the ICCI congratulated the new elected members of the ICCI and assured them of their full cooperation in the exercise of their responsibilities.

They highlighted the main achievements of their tenure and hoped that the new team would reach many new milestones for ICCI and for the business community.