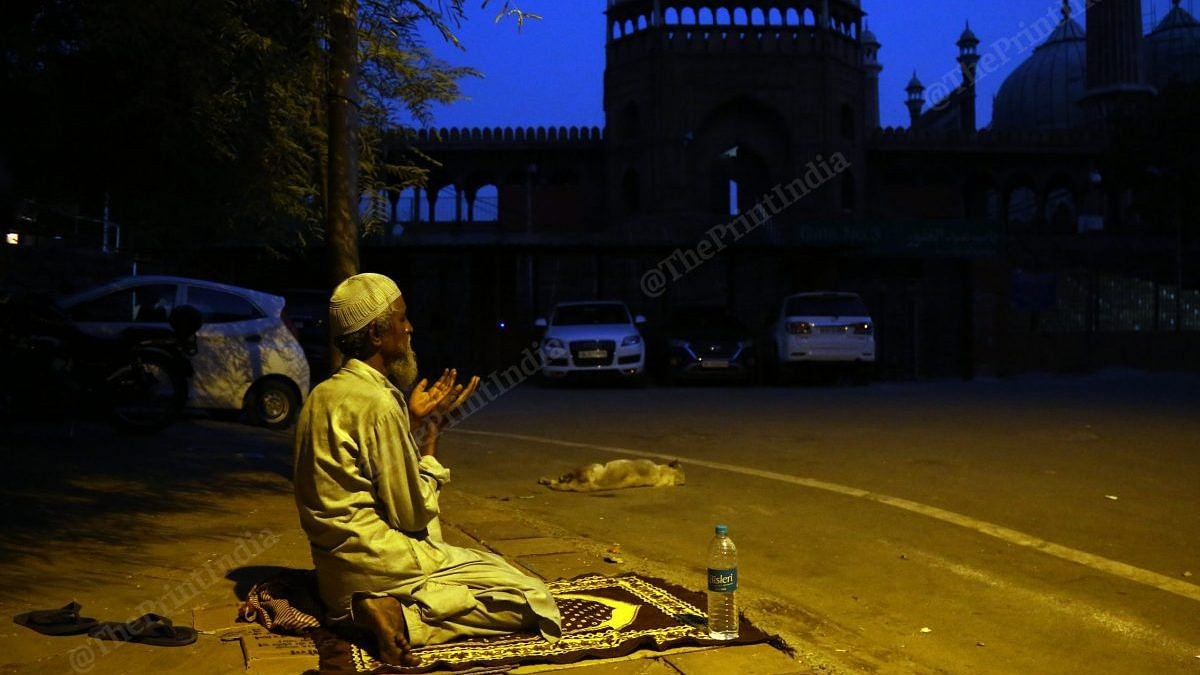 
The Hindutva’s aggressive campaign to interrupt a peaceful assembly of Muslim worshipers executing Namaz, especially in Gurugram, moves me deeply. This goes against two crucial principles that I have always cherished: my spiritual faith in Almighty Allah and my belief in the Gandhian ideal ofarvdharm sambhav‘.

As a practicing Muslim, my Namaz has always been a reflection of my commitment to spirituality. My colleagues, friends, teachers and students have always been supportive. No one ever found him anti-Hindu or anti-India. Even strangers, mostly Hindus, pay homage to my Namaz. It was so encouraging that I was able to offer Namaz on moving trains, on busy streets, in hospital corridors and even inside functioning Hindu temples.

As a researcher, I have made some equally reassuring discoveries. The CSDS-NES 2019 survey and the recent Pew study on religion in India confirm that an overwhelming majority of Hindus still respect Islam as an Indian religion. In fact, it is firmly asserted that a Hindu cannot be recognized as a “good Hindu” if he does not respect the other religions of India, including Islam.

So what has changed? What prompted Hindu communitarianism to problematize Namaz as an anti-Hindu phenomenon?

It is important to note that the Namaz (Salat in Arabic) is one of the five pillars of Islam (the other four are Shahad, Saum / Roza, Zakat, and Hajj). Yet it has become the most important performative religious activity.

The rise of Tablighi Jamaat in India as the most powerful Sunni religious reform movement in recent years has also contributed significantly to this process. There is a strong belief among Sunni Muslim communities that Namaz is the only yardstick for assessing a person’s moral and religious character as a Muslim.

This renewed focus on Namaz has actually led to two crucial developments. First, the number of Muslims Namazis (worshipers) has grown in an unprecedented way. The space of the mosque is becoming insufficient to accommodate this ever increasing number, especially in large towns and villages. As a result, a new trajectory of mosque construction began. These new mosques are starting to function as new symbols of Islamic religiosity.

Second, rural-urban labor migration has also played an important role in the public demonstration of Namaz-centered religiosity. Muslim workers, artisans, skilled and semi-skilled workers, who are employed in various factories and enterprises located in industrial areas do not have proper mosques. The working-class Muslim population finally offers Namaz on open spaces and roads, especially on Fridays.

This visible Muslim presence has long been a symbol of Indian secularism. It corresponds to the Gandhian imagination of sarvdharma sambhav as well as the Nehruvian conception of “unity in diversity”.

Read also: Muslims must give up azaan over loudspeakers. Even Prophet would have rejected him

The Namazis as new untouchables

Hindutva politics, however, still struggle to have a convincing stance on the practice of Namaz. This is the reason why the act of Namaz was not used more directly to highlight Hindu victimization. The standard Hindutva argument that “all Indians are Hindus although our models of worship differ” is always used to legitimize this Hindutva malaise.

The attitude of the Hindus towards Namaz was another crucial reason for Hindutva’s strategic silence on this issue. It was difficult for a Hindutva group to demonize Muslims just because they were offering Namaz. For a common Hindu, Namaz is no different from any other Hindu religious practice. It is seen as a spiritual manifestation of the belief in dharma.

Public manifestations of Muslim religiosity centered on Namaz – the green minarets of newly reconstructed mosques sharing the city skyline with flyovers and metro tracks, Muslim congregations on busy roads and the loud sound of Azan – however, it was a different phenomenon. It offered three new possibilities for Hindutva politics to focus entirely on Namaz in the context of the post-Ram temple. First, it has become easier for them to justify the old Hindutva claim that Muslims’ adherence to Allah does not allow them to embrace the cult of the nation. Therefore, they must prove their loyalty. Congregational Namaz on the roads are in fact treated as convincing evidence in this regard.

Second, the act of Namaz has been redesigned as an antithesis of Hindu religious practices, as if the execution of Namaz in a Hindu place of worship was not allowed. This is exactly what Vishwa Hindu Parishad (VHP) and Bajrang Dal maintain in Uttarakhand.

They then submitted a memorandum to the Uttarakhand cabinet minister demanding “an investigation into the allegations that some Muslim workers offered namaz to Badrinath Dham on the day of Eid-ul-Adha”. In this case, the old argument of Brahmanic purity that the entrance of the untouchables pollutes Hindu temples is reconfigured to exclude Muslims.

The third possibility is entirely class-oriented. Namaz on the roads turned out to be a serious traffic problem as it disrupted the normal pace of hectic city life. This was a compelling claim that had the potential to influence the educated urban middle classes.

Read also: Why the UP police order to ban public Namaz should not have been revoked

The rigid secularism of Indian elites has always been at the root of their anti-poor / anti-caste stereotypes. A person who thinks that the reservation undermines merit, that Indians need military rule, and that population growth is the country’s only social problem, will obviously be drawn to this Hindutva argument.

These three new assertions – the oneness of Allah as the antithesis of nationalism, Namaz as an impure and anti-Hindu act, and Namaz as a crisis in urban spaces – help Hindutva politics to touch the aspect. the most sensitive of the Muslim psyche. . The aim is to encourage Muslims to react collectively, simply to legitimize Hindu victimization.

No one knows how Muslim communities would react to this new destabilizing campaign against Namaz. Personally, I do not wish to take refuge in the typical legal-secular argument that offering Namaz is my fundamental right as a citizen. Instead, I would like to reiterate my commitment to what I understand as “Hindu ethics”. I am confident that my Hindu friends will definitely defend their faith in Islam as an Indian religion.

Hilal Ahmed is a specialist in political Islam and an associate professor at the Center for the Study of Developing Societies. Opinions are personal.

ThePrint employs the best young reporters, columnists and editors. Supporting journalism of this quality requires smart, thoughtful people like you to pay the price. Whether you live in India or abroad, you can do it here.