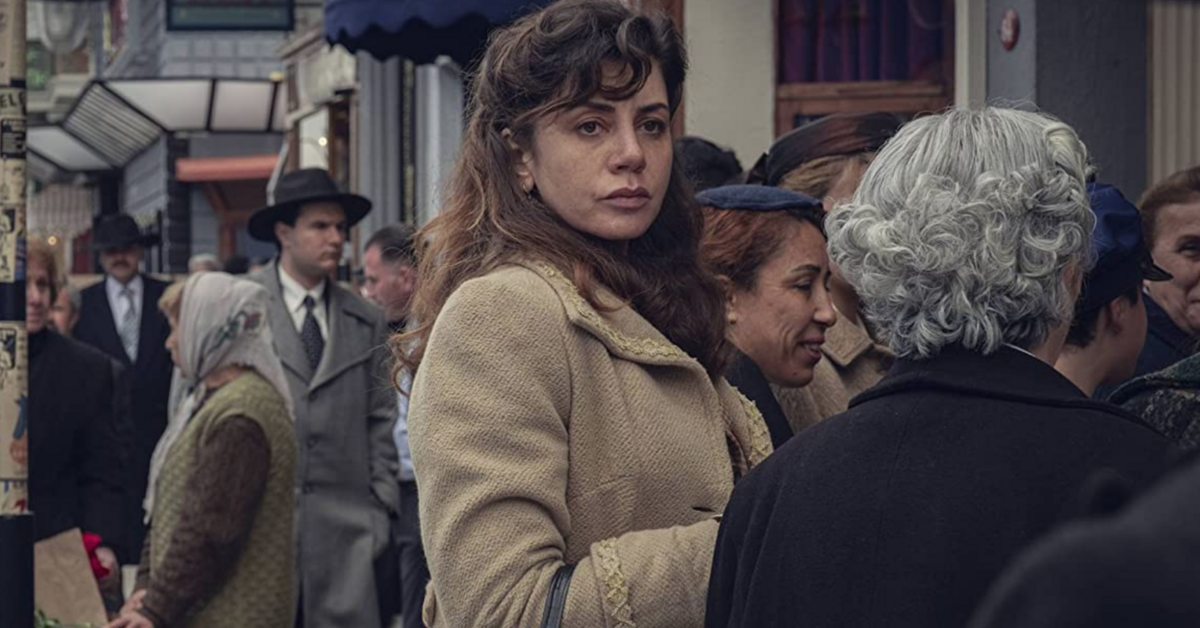 IZMIR, Turkey – In the tiny Jewish community of Izmir, the second largest in Turkey after the 10,000 inhabitants of Istanbul, a Netflix series is a hot topic.

“I was deeply moved,” said Tilda Koenka, project assistant for the Izmir Jewish Heritage Project. “It’s a cinematic feast with its balanced history of our plight, the old, half-forgotten Ladino songs, and our culture and traditions that are portrayed with both precision and sensitivity. Through his multi-level script, he brought to light a story we haven’t dared to talk about, even as a family.

Since its release on November 5, “The Club,” Netflix’s six-episode series about Turkey’s increasingly shrinking Jewish minority, has been accused of both awakening the ghosts of the country’s turbulent past with its non-Muslim minorities and lauded for breaking the code of silence among Jews often referred to as Turkey’s “model minority” over past injustices that have robbed them of their wealth, their language and, in some cases, their lives.

Ozgur Kaymak, whose doctoral thesis focuses on Istanbul’s ethno-religious communities and their memories, told Al-Monitor: “This is the first series that has touched the Jewish community in Turkey without succumbing to the victimization, to the caricaturization of Jews as evil bankers or greedy for money. lenders or succumb to the rose-scented nostalgia of how multi-ethnic neighbors lived together in harmony around Galata Tower in the good old days.

The series revolves around Matilda Aseos, a Jewish woman from a once wealthy Jewish family who shot her Turkish lover Mumtaz for falsely accusing her family of evading wealth tax in 1942, when the government shut down imposed huge tariffs on the non-Muslim population, especially Jews. Matilda’s family is ruined, and her father and brother are sent to Askale, a cold northeastern border town to do forced labor, like so many other minorities. Matilda, whose tired Catherine Deneuve elegance is beautifully portrayed by Gokce Bahadir, gets out of prison after an amnesty and finds unpaid employment at the Istanbul Vanguard Club as a laundress. The Club is a microcosm of Istanbul’s ethnic variety, with Greek waiters, Armenian light operators and Greek dancers.

Director Zeynep Gunay Tan cleverly avoids the romance trap, instead turning the cameras towards the screaming backstage club jungle. There’s a locked up gay star, cheap Black Sea labor brought to the casino to work for bed and board, dancers sexually abused and sold to brothels if they disobey, and jobs cut from the overnight. The small space reserved for minority figures is torn away as nationalism and anti-Jewish and anti-Greek sentiments are fueled by the rise of the Turkish-Greek conflict in Cyprus. The owner of the casino, a Greek who changed his name from Nikos to Orhan and created a Muslim existence, is forced to replace his non-Muslim employees with Turks.

“Never believe Turkish Jews if they tell you they watched the show without shedding a tear; they’re just trying to hide their emotions, ”Karel Valansi wrote in her column in T24, where she describes her favorite scene – a scene she shares with the many women I’ve spoken to for this play: Rasel, 17 , Matilda de Mumtaz’s child who grows up in an orphanage and, like her mother, is heartbroken by a Turkish man, stands in the pouring rain as an old Ladino song, “Adio Kerida” (“Farewell my love “) plays in the background in Yasmine Levy’s husky voice:” I don’t want to live anymore after you ruin my life. “

But apart from the tribute to the almost forgotten language and rare songs, for many Jews in Turkey, the series confronts demons of the past. The wealth tax deprived them of their most precious possessions, like the family clock that Mathilde sees on the wall of her cruel employer. The Citizen Speak Turkish campaign made them afraid to speak their language and the pogroms in 1934 and 1955 deprived them of their sense of security in the country that had been their home for centuries.

The first season of the series takes place before the infamous Istanbul riots of September 6-7, 1955 in which Greek businesses were attacked by Turks after a newspaper fabricated a report on a bombing attack on the house where Mustafa Kemal Ataturk was born in the Greek city of Thessaloniki. Season two is set to resume with riots in which clearly pre-organized Turkish mobs took to the streets, raiding and looting homes and shops owned by non-Muslims, mostly Greeks.

“For some members of the community, many scenes in the film were a traumatic face-to-face with a checkered past that they chose not to discuss, even among themselves,” said political scientist Selin Nasi, who gave her own testimony. of the series in Anka Review, told Al-Monitor. “One cannot help but wonder if this will help Turkish society to make peace with its past by revealing skeletons in the closet or help efforts to reduce prejudice and discrimination against non-Muslim minorities.”

“It is not only the Turks who will learn about the past with this series, but some of our own young people as well,” Koenka confirmed. “Most of the time we talked little about the events of the 1940s and beyond. ”

Kaymak, who interviewed hundreds of members of the Jewish community while writing his thesis, agreed. “Many elders, especially those who chose to stay in Turkey rather than go to Israel, refused to talk about the serious consequences of the wealth tax. Some of them saw this as the inevitable consequence of being a minority. A woman in her sixties told me, “You should never be a minority, even in Heaven.”

One of the reasons for the silence was that after loved ones in European countries faced the Holocaust, it seemed less important to talk about a lost house or other property, no matter how unfair. Another was that those who remained in Turkey did not want their children to grow up in resentment or hatred. “Sometimes you need to relieve your memory of the weight of the past,” Koenka said.

But the series is not all dreary. It also portrays the lost beauty of Istanbul in the mid-20th century, when Turks and foreigners in chic clothes and sharp-angled hats proudly walked the cobblestones of Pera. Dashing taxi drivers with Clark Gable mustaches stared down at beautiful women, and the hills above the Bosphorus were filled with trees, not clustered cubic condos. Much like last year’s favorite Netflix Turkish drama “Ethos”, “The Club” manages to combine both clichés and relatable anecdotes for a popular series that addresses current political issues such as relations with minorities. , the cheap labor provided by migrants and the greed and abuse of the new economic elites.

But whatever the series, it’s not a historical documentary. With different events grouped together, the historical timeline is flawed. Efforts to link the characters to real people – like comparing singer Selim Songor to Turkish Liberace, Zeki Muren – fail. He is perhaps too careful in his way of speaking about the losses of the Jewish community not to stir up the rage of Islamist circles. But the overall effect is one that the Jewish community finds balanced.

“The show whispers, rather than screams, about what we’ve been through,” Koenka said. “But sometimes a clear, eloquent whisper can be more effective than a scream.”