The Netflix series “The club“ became an instant hit in Turkey. The plot revolves around a nightclub in Istanbul in the 1950s and the characters of Matilda Aseo, a Turkish Jew, and her daughter Raşel, who grew up alone in an orphanage.

It was inspired by a true story. The once colorful, multicultural, multilingual and religious neighborhood of Beyoglu in Istanbul takes center stage. The area was once known as Pera and was the beating heart of the city. The series also features the life of Sephardic Jews in Istanbul, which has been almost completely destroyed in part by an astronomical wealth tax.

The Sephardi Jews, the real heroes of the series

The majority of Jews in Turkey are Sephardic Jews. They arrived in the country from 1492 after being expelled from Spain by its Catholic monarchy. They were called Sephardim after Sefarad, the Hebrew word for Spain. The exiles brought their language, Ladino with them. Turkish and Greek words have been incorporated over the years.

Ladino had been largely forgotten in Turkey. “The Club” boosted its notoriety among viewers and breathed new life into the language. Jews, Greeks and Armenians played a far greater role in 1950s Turkey than they do today. Many neighborhoods were shaped by non-Muslims, who often ran music and dance establishments.

“It’s a nice feeling to see Ladino spoken,” said Virna Banastey of the Turkish-Jewish newspaper ŞGood noted. The newspaper has existed for 74 years. “It’s a milestone that Jewish life, Jewish traditions and Jewish customs are featured in a series,” she told DW.

The 1940s and 1950s were a pivotal period for the Christian and Jewish community, especially in Istanbul. It was a city in which people of different faiths lived together harmoniously. The non-Muslims of the cosmopolitan city were also cultural pioneers.

A turning point came with the introduction of a wealth tax by the Republican People’s Party (CHP) in 1942. This was a time when Turkey was in economic turmoil and discontent was growing within the population. In the media, non-Muslims were frequently associated with theft, black market racketeering, robbery, and price fraud. 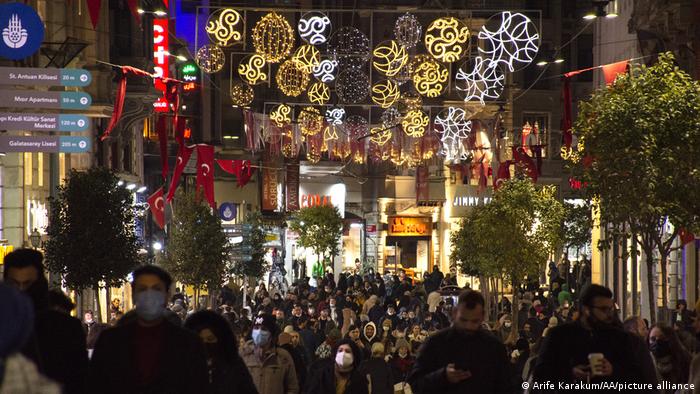 Istiklal Street in Istanbul’s Beyoglu district isn’t as multicultural as it once was, but it still draws crowds

The new tax primarily affected non-Muslims as they were generally expected to pay much higher tax rates than Muslims. Anyone who could not pay the taxes, or was found to be in default, was sent to labor camps. Thousands of homes and businesses of detained non-Muslims were confiscated and sold – a de facto expropriation of Jews, Greeks and Armenians.

The wealth tax was part of a 1950s policy known as Turkification, according to sociologist and writer Ayhan Aktar. It ended multicultural living in many areas.

Things came to a head when mobs attacked Jews, ethnic Greeks and ethnic Armenians and other non-Muslims on September 6 and 7, 1955. This pogrom is considered a shameful episode in Turkish history. The violence was sparked by fake news – allegations that there was a bomb attack on the house where Turkey’s founding father, Mustafa Kemal Ataturk, was born in Thessaloniki.

Thousands of homes and shops belonging to ethnic Greeks have been looted, Orthodox churches have been burnt down and cemeteries have been vandalized. According to human rights watchdog Helsinki Watch, 15 people lost their lives. Istanbul’s district of Beyoğlu was no longer the place it once was. 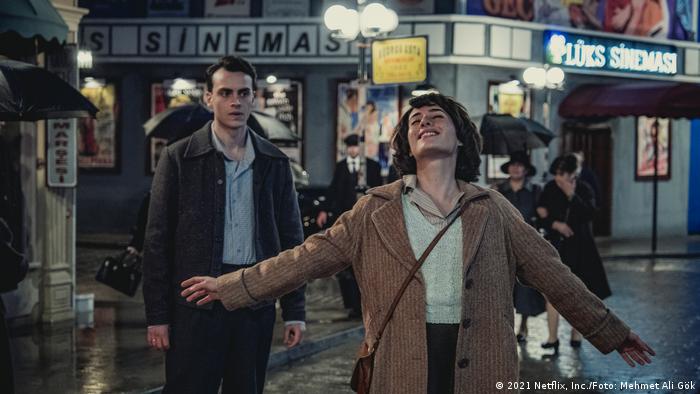 ‘The Club’ turns out to be an unexpected hit in Turkey, awakening buried cultural memories

Today, there are very few Sephardic Jews left in Turkey, says Silvyo Ovadya. He is president of a foundation which manages the Museum of Turkish Jews. Located next to Israel’s largest synagogue, Neve Shalom, it showcases the history and culture of Jews in Turkey. In 1927 the community numbered more than 81,000 people, now it’s barely 17,000, Ovadya told DW. The majority of them live in Istanbul, he said. “Some 1,200 Jews live in Izmir. And then there are small communities in cities like Bursa, Ankara, Antakya and Adana.”

The creators of “The Club” approached members of Turkey’s Jewish community for advice – to ensure that Sephardic traditions were accurately represented in the series. Mois Gabay was one of those advisers and he told DW how he contributed to the actors’ dialogues and made suggestions on how they could research historical facts related to the property tax and the pogrom, for example. “The director showed great sensitivity in wanting to avoid making mistakes on the show. That, in particular, is very important to our community.”

Silvyo Ovadya from the Museum of Turkish Jews is delighted that the Netflix series has received much more attention than expected. Turkish Jews felt visible again, he said, and it broke with the negative portrayals that were common in Turkish films of the 1970s.

“The club” directed by Zeynep Günay Tan and Seren Yüce, offers Turks a new opportunity to revisit the history of their country after the Second World War. “Where have all these people gone?” is the question many viewers are asking.

This article was originally written in German