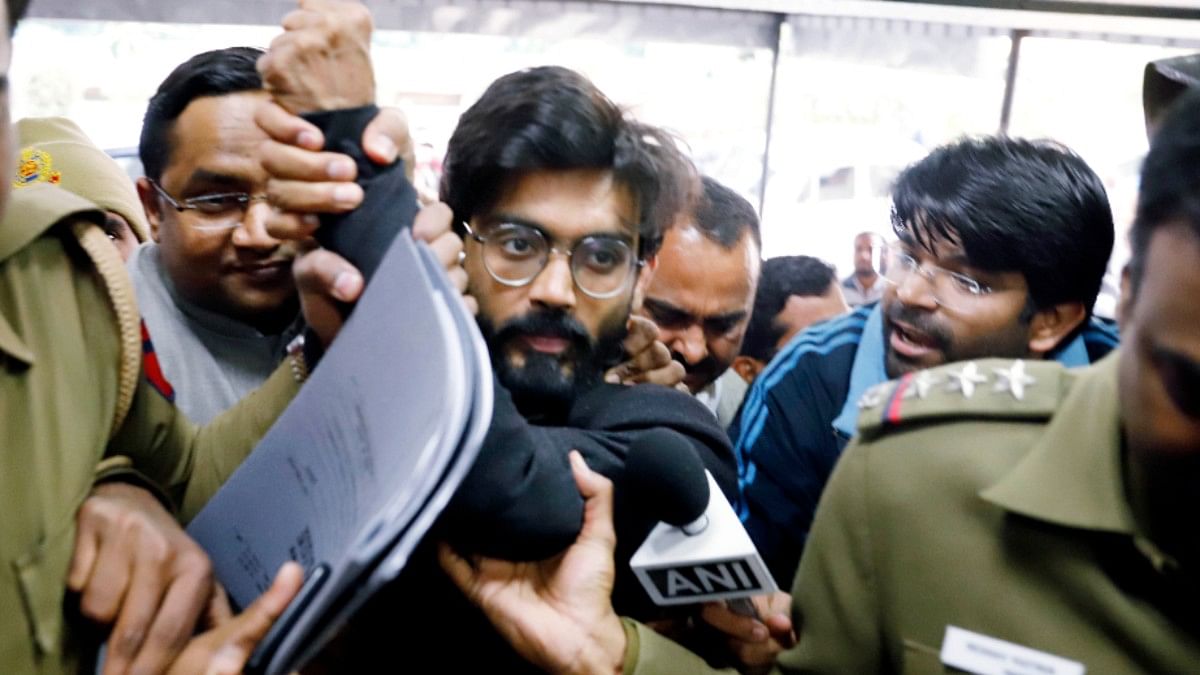 
New Delhi: Sharjeel Imam, a student at Jawaharlal Nehru University (JNU), arrested for allegedly giving inflammatory speeches during protests against CAA and NRC, told a Delhi court on Wednesday that there was nothing in his speech which provoked religious animosity.

Additional sessions Judge Amitabh Rawat was hearing a case against the imam for speeches he allegedly gave at two universities in 2019, where he allegedly threatened to cut off Assam and the rest of northeast India.

He was arrested under the strict Illegal Activities (Prevention) Act (UAPA) and for the alleged offense of sedition under the IPC and has now requested bail as well as release in this case. .

The imam also approached the Delhi High Court to seek bail in another sedition case linked to violence in Jamia in 2019.

During the proceedings, the Imam’s lawyer said: “According to the disputed speech, there is nothing in itself that causes any religious animosity. We cannot lose sight of the context. What Sharjeel Imam is saying, in regards to CAA-NRC, is that as it directly affects a community, what kind of support needs to be obtained from the majority community.

Lawyer Tanveer Ahmed Mir added: If a person has to say in regards to a government policy that directly affects one community “A” that people from another community “B” should stand by them otherwise they won’t. argue, then we cannot say that this part of the speech promotes animosity between two communities.

He also informed the judge of the recent Allahabad High Court order granting bail to the Imam in a sedition case filed against him for a speech he gave at Aligarh Muslim University. in January 2020.

Rest I leave to the great wisdom of the court, he told the court and concluded his argument.

Following this, ASJ Rawat reserved the order on his bail and release requests for December 7 and ordered special prosecutor Amit Prasad to file detailed written submissions on behalf of the state.

At the last hearing, the prosecutor told the court that violent riots had taken place following the imam’s speech. “He tried to create anarchy by saying that there was no more hope for the Muslim community and that there was no other way,” Prasad said.

The alleged inflammatory speeches for which he was arrested were reportedly made at Jamia Millia Islamia on December 13, 2019 and at Aligarh Muslim University on December 16, 2019. He has been in judicial detention since January 2020.

The imam is charged with offenses linked to sedition, inciting hostility between different groups on grounds of religion, race, place of birth, charges detrimental to national integration and public mischief. under the Indian Penal Code (IPC), and engaging in illegal activities under the UAPA.

Delhi police had filed an indictment against the Imam in the case, in which they claimed he made speeches inciting hatred, contempt and disaffection towards the central government and incited the population to the origin of the violence in December 2019.

ThePrint employs the best young reporters, columnists and editors. To maintain journalism of this quality, it takes smart, thoughtful people like you to pay the price. Whether you live in India or abroad, you can do it here.