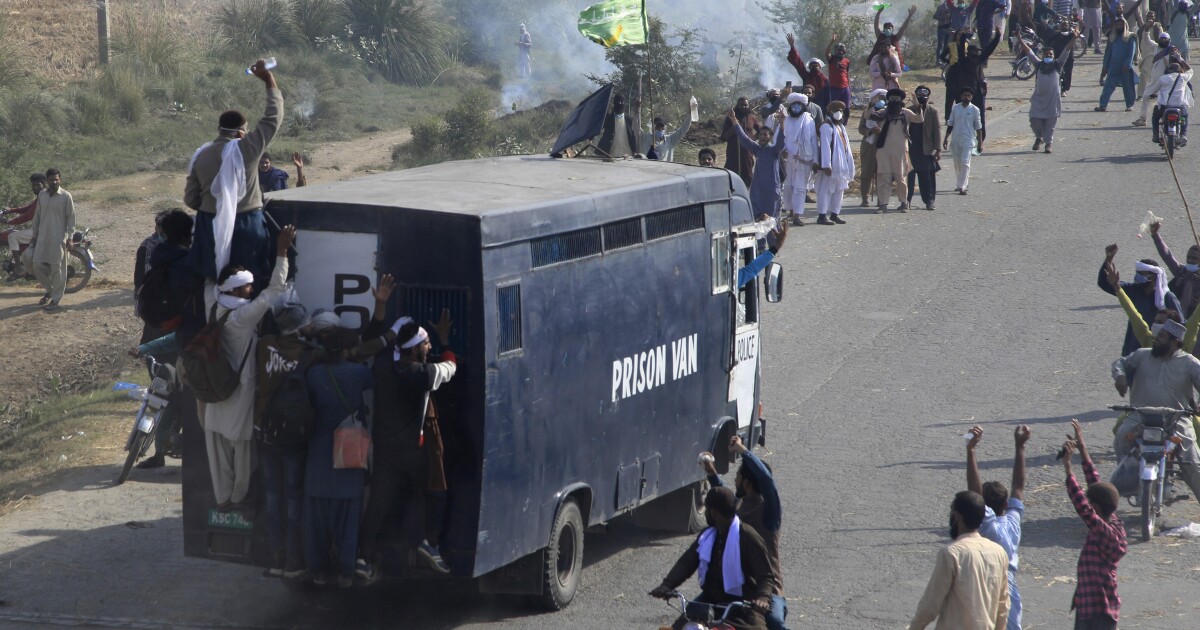 Pakistani government and a banned radical Islamist party on Sunday reached agreement to end 10-day – and sometimes deadly violent – rally calling for the closure of the French embassy and the release of the party leader .

Neither Foreign Minister Shah Mahmood Qureshi nor religious leader Mufti Muneebur Rehman, who took part in the talks, gave details of the deal at a press conference in the capital Islamabad.

Thousands of supporters of the banned Tehreek-e-Labiak Pakistan party marched from Lahore on October 22 to the capital Islamabad. They demanded the deportation of France’s envoy to Pakistan for publishing caricatures of the Prophet Muhammad of Islam in France. The protest march saw supporters clash with police at several locations along the way.

At least seven police officers and four protesters were killed.

“The details and positive results of the deal will be presented to the nation in about a week,” said Rehman, who said he had the approval of TLP party leader Saad Rizvi.

Violence erupted a day after Prime Minister Imran Khan’s government said it would not accept the Islamists’ demand to close the French embassy and expel the French envoy.

It was not immediately clear on Sunday when the party would end its rally. Thousands of supporters halted their march in Wazirabad, about 185 kilometers from the capital on Friday, after roads and bridges in front of them were blocked. Paramilitary rangers were deployed to prevent protesters from continuing to the capital.

TLP spokesperson Sajid Saifi said supporters were ready to “pack their bags” but were awaiting instructions from the party leadership. He said he hoped party leader Saad Rizvi and all supporters arrested in recent days would be released soon.

In addition to demanding the expulsion of the French ambassador, the TLP was also pushing for the release of its leader, Rizvi, who was arrested last year for inciting supporters to organize an anti-France protest.

Rizvi’s party began demanding the French envoy’s expulsion in October 2020 after French President Emmanuel Macron tried to defend the Prophet Muhammad cartoons as free speech. Macron’s comments came after a young Muslim beheaded a French school teacher who had shown the cartoons in class. The footage was reposted by satirical magazine Charlie Hebdo to mark the opening of the trial into the 2015 deadly attack on the publication of the original cartoons.

Rizvi’s party rose to prominence in Pakistan’s 2018 election, campaigning on the sole issue of upholding the country’s blasphemy law, which calls for the death penalty for anyone who insults Islam.