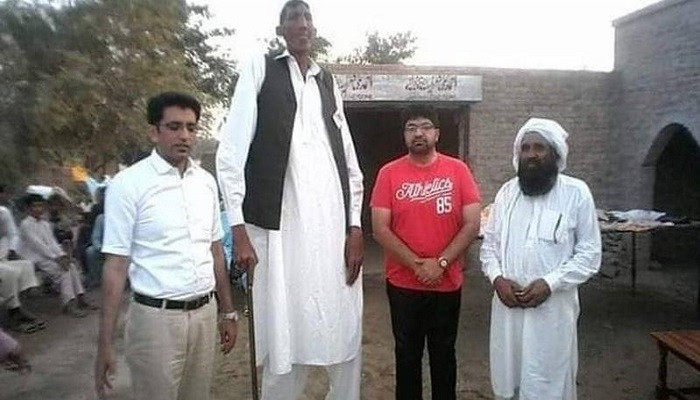 Muhammad Ijaz, who was according to his family the tallest man in Pakistan, died at the age of 42 in the Bhakkar district of Punjab, Geographic news reported Thursday.

Muhammad Ijaz’s family confirmed that he died after a long illness.

Hameed claimed that Ijaz was the tallest man in Pakistan at eight feet and two inches tall, but this claim regarding his height could not be confirmed.

On September 18, the government of Sindh announced to cover the costs of his treatment.

Noting his poor health, Sindh’s Minister of Health Dr Azra Fazal Pechuho issued guidelines for his treatment at the Aga Khan University Hospital in Karachi at the expense of the provincial government.

The action was taken after a video of Soomro went viral on social media where he could be seen complaining about the irresponsible attitude of the Sindh government.