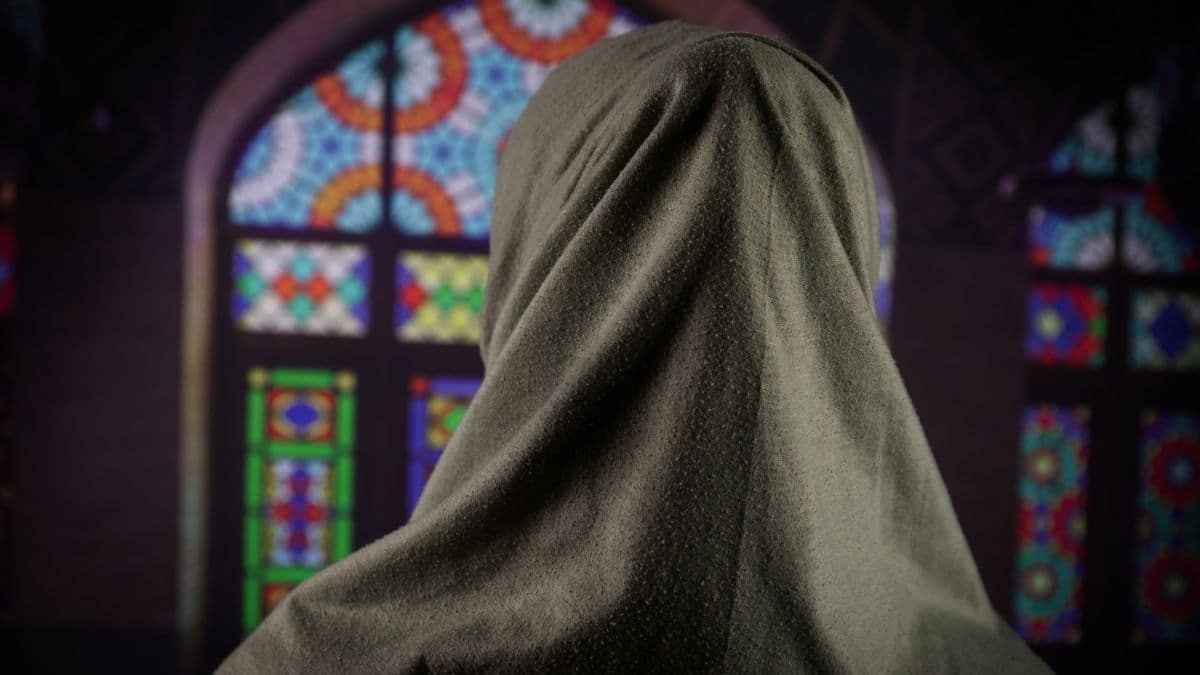 Many signs appear to the eye of the countries of the world with the increase in the number of reverts and those entering the religion of Allah in waves of groups from the east and west of the earth, and north and south, as Islam is the most widespread religion according to the latest statistics, and it will almost overtake Catholicism after years by the will of Allah, and this is a promise that will not be left out as the Almighty said: {It is He who sent His Messenger with the guidance and the religion of truth to manifest it over all religion, although those who associate others with Allah do not like him .} (Al-Saff, 9).

It is also a confirmation from the truthful and trustworthy person who said in the hadith: “This matter (i.e. Islam) will certainly reach wherever night and day reach, and Allah does not. will leave no house or tent. [i.e., all dwellings, in towns and in the desert], but Allah will bring this religion into it, and some people will be honored because of it [by converting] and others will be humiliated because of it [for refusing to embrace it], and they will be ruled by Muslims, an honor that Allah will grant to Islam and a humiliation that He will inflict on kufr (disbelief).

The promise has been fulfilled and Islam has spread to every corner, and there is no part of the country that does not have a mosque with the remembrance of Allah Almighty, and that proclaims the monotheism, and preaches kindness and justice to people in the present and success in the end.

The needs of ghosts to Islam are many, and they carry heavy burdens, but they fail before the missionaries who are dedicated to saving mankind from the illusions of Satan and his parties. These needs include the following:

1. Psychological support: how hard and difficult it is to leave the followers of parents and grandparents, and how difficult it is to separate from the stimulating environment, and this is why the reward of previous companions who achieved satisfaction was great for their departure from the shameful past of ignorance, and the same is the reward of the people of the book who believed in Muhammad, may Allah bless him and grant him peace, and have left the void of their rabbis and monks. who have falsified their religion for centuries adrift of illusions, suspicion and evidence in the eyes of their companions, and we read in the Quran: {Those to whom We have given the Scripture before it – they1 believe it. * And when it is recited to them, they say: “We believed in it; indeed, it is the truth of our Lord. Indeed we were, [even] before her, the Muslims [i.e., submitting to Allah]. ”* These will receive their reward twice for what they have patiently endured and [because] they avoid evil with good, and of what We have provided them they spend.} (Al-Qasas 52-54).

And in the hadith: “There are three (categories of people) who will receive a double reward. He who is among the People of the Book and believed in his apostle and (lived) to see the time of the Apostle Muhammad (ﷺ) and affirmed his faith in him and followed him and testified his truth, for he is the double reward “

This psychological support, follow-up and care requires strenuous efforts on the part of Muslim educators, preachers and psychologists to trace the chains of the revert, to know their cognitive needs and their spiritual aspirations for more comfort with this new birth.

2. Scientific support for belief: This is the greatest concern entrusted to scholars who must constantly follow important and similar philosophical doctrines, in addition to renewing the study of theological and comparative studies of religions, and of religious sociology, and the urgency of preparing to answer difficult questions with the strongest evidence and the most powerful intellectual weapons, for doubt and questioning are inherent in human nature, and in the hadith we read: “some of the companions of the Messenger of God came to the Prophet to consult him saying, “We have thoughts that none of us dare speak of.” He said, “Did you go through this?” and when they said they had, he said, “It’s clear faith.”
“[Muslim, Kitab al-Iman, 132], and if this is true in the case of well-established people, then how is the problem with the new income, and here it is better to design programs and websites that monitor suspicion and transformations and in different languages and cultural levels to achieve this.

3. Practical doctrinal support: by facilitating religiosity, and by choosing the first words of practical devotions for other places in the lands of the East and West, in a way that removes the embarrassment of new ghosts until that their sticks are hardened, and that they are leveled, which opens the door to more da’wah with the possibilities of progressive implementation of the rules, and the removal of obstacles, and the release of the cocoon of life earlier, and the question is not denied, neither in the Prophetic Sunnah, nor in Islamic jurisprudence. The Prophet, Allah bless him and grant him peace, imposed on all the principles of religion from the pillars of faith and complexes of morals, but he differentiated them in respect of the branches of religion , because he took into account the situations of Muslims The new Bedouins and others, so he did not oblige them with what he forced to believe from the previous Muhajirun and Ansar, and in the hadith: “A man came to the Prophet, may the prayers and peace of God be upon him, and he embraced Islam on the basis that he would only pray two prayers, so he accepted this from him, and in another saying “that ‘he does not pray except a prayer, so he accepted it “. [Ahmad, 20287]

In the hadith of Hakim bin Hizam: “I took an oath of allegiance to the Messenger of Allah (ﷺ), promising that I would not come down (in prostration) until after I got up after I bowed.

Moreover, the Prophet, peace of Allah be upon him, formed the Thaqif tribe, which is the last of the tribes of Islam, when he did not oblige them to jihad and charity. And in the hadith of Wahab, he says: I asked Jabir about the state of Thaqif when they took the oath of allegiance. He said: They stipulated to the Prophet (ﷺ) that there would be no sadaqah (i.e. zakat) on them nor Jihad (striving in the path of Allah). He then heard the Prophet (ﷺ) say: Later they will give sadaqah (zakat) and strive in the way of Allah when they embrace Islam.

In response to this plea case law, Ibn Rajab said, “Imam Ahmad took these hadiths and said that Islam is valid provided it is corrupted, so all the laws of Islam are required, and it is not It is not hidden that it is for those who are not. Muslims who are destined to compose it on Islam ” [Jami al-Ulum and al-Hakam, vol. 1, p. 229 ].

It is the jurisprudence of the da’wah that the Prophet, peace be upon him, legislated when he differentiated the ranks of the guided, so he did not oblige the latter with what ‘he obligated the former, and contented himself with some with the minimum, as is the hadith of the one who mentioned to the Prophet that he will be limited to obligatory duties only. The Prophet, peace and blessings be upon him, said: He will succeed if he is true. [Muslim, Book of Faith, 11]

The same thing appeared in the jurisprudence of Omar Ibn Al-Khattab when he agreed to change the name of the Jizyah of the Christians, he mastered so that they were not the supporters of the Romans, so he dubbed them into charity, and stipulated that they should not Christianize their children or baptize them, which led to the Islam of this great tribe over time through calling and good neighborliness, and involvement in the whole nation.

As a result, our Maliki jurists said not to force converted adults to circumcision, because it is an innate Sunnah that only corresponds to the obligation to cover private parts out of necessity, and it is not from there , or circumcision may be the reason. turn away from Islam and the matter is left to the discretion of jurists who are well versed in teaching, purification and progression with returns on matters of faith and the ranks of Ihsan.

4. Social and financial support: this is what some of the returnees need whose economic and living conditions falter because of their Islam, or their own shortcomings, and there are many situations like this in which to revive the part of those whose hearts are drawn to the faith (a category of zakat) of the zakat banks is needed, and it is known that many Arabs have converted to Islam through the kindness of their rulers. In the hadith of Anas, on the authority of his father, he said: “Whenever the Messenger of Allah (ﷺ) was asked for something by someone who was about to accept Islam , he would give it. A man came to see the Prophet (ﷺ) and he gave him a flock of sheep scattered between two mountains. When he returned to his people, he said to them: “O my people! Embrace Islam because Muhammad gives like someone who is not afraid of poverty. [Muslim, Book of Virtues, 2312], and in the hadith of Safwan bin Umayyah bin Khalaf he said: “(By Allah) the Messenger of Allah (ﷺ) gave me what he gave me (and my state of mind at that time it was) that he was the most hated person among people in my eyes. But he has continued to give to me until now, he is the dearest person in my eyes.[Muslim, Book of Virtues 2313]

There is no harm in that, people are made to love charity, and morality transcends the slave, and how Christianity has spread in our time and has swallowed up many lands with a crumb of bread. , and it does no harm to anyone if the door is opened for him to eat, and if he is full, the idea ferments and takes hold, and he accepts religion, knows its benefits, and consolidates his faith , and the guidance comes from Allah alone: ​​{Not on you, [O Muḥammad], is [responsibility for] their direction, but Allah guides whomever He wills. And no matter how good you are [believers] spend is for yourselves, and you only spend looking for the face [i.e., approval] from Allah. And whatever you spend well, it will be fully refunded to you and you will not be harmed.} [Baqarah 272].