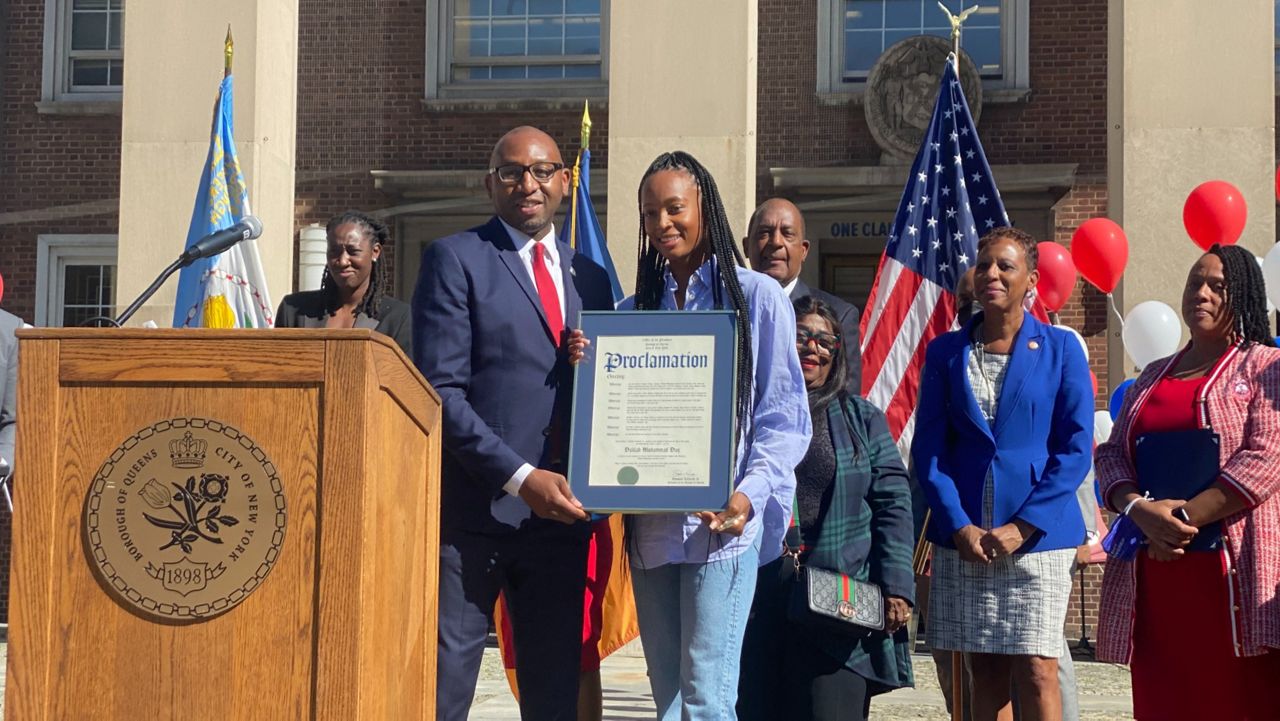 It was another golden moment for two Olympic gold medalists from Queens.

“Thank you for being a brilliant inspiration to our youth,” said Borough of Queens President Donovan Richards. “Thank you for everything you have done for our city, for our country, but especially for Queens.”

Richards handed over the keys to Queens to Olympians Dalilah Muhammad and Tina Charles on Friday. Both won gold medals for the U.S. team at the Summer Games in Tokyo this year.

“For me personally, my roots, you know, my roots are everything, being born and raised in Queens, New York,” Charles said.

Charles won her gold medal as a member of the women’s basketball team. Muhammad ran away with gold as part of the 4X400 meter relay team.

“I remember growing up a little girl in Queens with a dream,” Muhammad said. “I just worked really hard to make it happen and didn’t stop. And certainly had all of your support along the way. I’m grateful and appreciate that.”

“What matters most to me is all of you and the youngsters can see us both here and I hope you aspire to be up there too,” said Charles. your sports but from an educational point of view. “

Charles is originally from East Elmhurst and graduated from Christ the King High School in Middle Village. She has won three career gold medals and numerous accolades as a player in the WNBA.

Besides her family, she credits part of her success to her high school basketball coach.

“You know what? I’m one of the many,” said Bob Mackey, Christ the King basketball coach. “There are a lot of people that are in it. We’re so proud of her because , yes, she’s from Queens. She graduated from Christ the King. That’s an amazing thing. ”

Muhammad is from Rochdale Village and graduated from Benjamin Cardozo High School in Bayside. She now has two career Olympic gold medals and countless young girls admire her.

“It just inspires girls like me to run and not give up on our own,” said Layla Lindquist, a member of the Metro Eagles Track and Field Club.

Two athletes in different sports with the same roots, now inspiring young girls all over the world but especially in Queens.

“You can do anything. She got three gold medals. I’m just a girl from Queens, so I can do the same, ”said Saniyah Glenn, Christ the King basketball player.