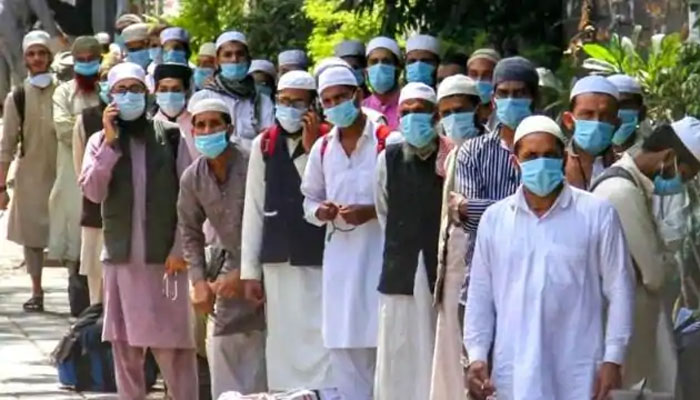 After Saudi Arabia warned its citizens against membership in the Tablighi Jamaat and called it “one of the doors to terrorism,” nations and Islamic leaders expressed shock, saying especially in the Indian subcontinent. According to the European Foundation for South Asian Studies, this has also drawn media attention to the presence and functioning of the organization.

EFSAS said Saudi religious leaders have long viewed Tablighi Jamaat as deviants, mainly because the organization “does not agree with the kingdom’s established revivalist movement, commonly referred to as Wahhabism.”

Reaction of nations and Islamic rulers

Islamic nations like Pakistan and Muslim religious bodies fear that the ban imposed by the Saudi government could negatively impact the organization’s presence and significant activities in the Indian subcontinent. It is possible that other nations in the region will follow the example of Saudi Arabia, considered an important leader of the Islamic world.

Initially, Pakistan tried to stem the confusion after the ban that Saudi Arabia had not banned Tablighi Jamaat but a Nigerian terrorist group called Al Ahbab. However, it did not work out as Pakistan would have expected. Pakistan later reacted to the ban in a confrontational tone and called on the Saudi leadership. The Pakistani Punjab province assembly unanimously adopted a resolution calling the organization a “force for good.”

The resolution read: “Tablighi Jamaat is a world organization. It has nothing to do with terrorism. History has shown that these people were never involved in such activities. They are gaining goodwill for Pakistan with the preaching of Islam all over the world ”. It should be noted that the same Punjab assembly banned Tablighi Jamaat from universities and mosques around universities in 2016 because it was favorable to extremist groups.

Islamic leaders in Bangladesh and India have also reacted strongly to the ban. Mahmudul Hasan, chairman of Al-Hayatul Ulaya Lil-Jami’atil Qawmia and chairman of Befaqul Madarisil Arabia Bangladesh, said the decision would benefit those who oppose Islam. Mufti Yusuf Asad, a prominent Islamic scholar from Mumbai and founder of the online Islamic University Al Ilm Acad, claimed the ruling proved Saudi Arabia was a slave to the West.

Sameeruddin Qasmi, spokesperson for Hazrat Nizamuddin Markaz’s Tablighi Jamaat, said the organization had no ties to terrorists. He said, “This is a big claim on the Tablighi Jamaat. It has nothing to do with terrorism. Tablighi Jamaat is the group that stops terrorism, condemns terrorism and disowns terrorism. We do not allow anyone to speak out against any religion, community or country. We are only talking about the five pillars of Islam, none of our men have ever been found involved in terrorist activities. The Saudi government may have been misled.

On December 6, the government of Saudi Arabia warned its citizens against Tablighi Jamaat and declared that membership in religious groups supporting Tablighi and Da’wah is prohibited in the Kingdom of Saudi Arabia.

In a tweet, the Saudi Arabian Ministry of Islamic Affairs said: “His Excellency the Minister of Islamic Affairs, Dr Abdullatif Al Alsheikh led the preachers of mosques and mosques who held Friday prayers temporarily to allocate the next sermon of the Friday 5/6/1443 H warn against (the Tablighi and Da’wah group) who call themselves (Al Ahbab). ”The Saudi Arabian Ministry of Islamic Affairs further stated that the Friday sermon must declare misguidance given by these Tablighi groups and call them threats to society and one of the doors that lead to terrorism. It should be noted that TJ was banned by Saudi Arabia a long time ago. The orders of December 6 were aimed at caution people against affiliations with this group.

Tablighi Jamaat’s links with the radicals

Notably, as Islamic nations and religious leaders claim Tablighi Jamaat has no connection with terrorism, the Pew Research Center has drawn attention to the fact that its supporters have been accused of having links with organizations. radical.

Tablighi Jamaat, a Sunni Islamic missionary movement, was founded in 1926 in Mewat by Maulana Mohammed Ilyas Khandelwi. Its roots go back to the Deobandi tradition which originates from the Darul Uloom madrassa in Deoband, Uttar Pradesh. Since its inception, the organization has expanded its presence across the world. He claims to have over 400 million followers in 150 countries. Pakistan alone is believed to have over 20 million Tablighi Jamaat followers.

Nations that have banned Tablighi Jammat

Saudi Arabia is not the first nation to ban the organization. The movement was banned in Tajikistan, Turkmenistan, Uzbekistan and Russia. In 2013, Kazakhastan designated it as an extremist organization and imposed a ban on its activities in the country.