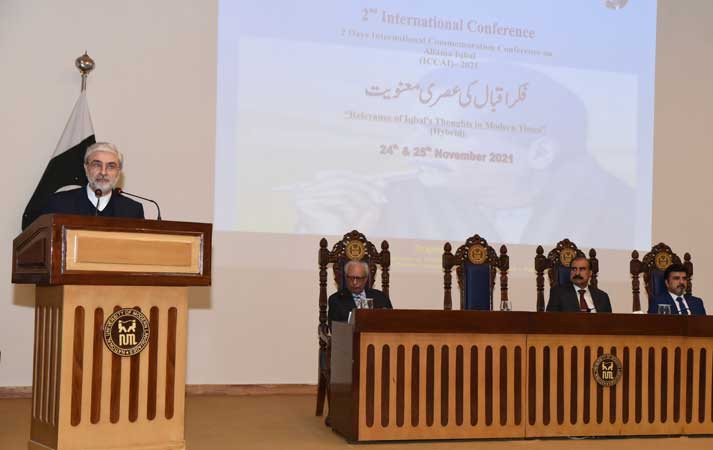 A two-day international commemoration conference on Allama Iqbal on the theme of “Relevance of Iqbal’s Thoughts in Modern Times” began Wednesday at the National University of Modern Languages ​​(NUML).

The conference was organized by the Persian Studies Department of NUML in collaboration with the Cultural Consulate of the Islamic Republic of Iran and the MUSLIM Institute.

Iqbal recognized the problems of the Muslim world and through his poetry he tried to convey the message of self-respect. He said that Iqbal was a big fan of Iran and the Persian language and most of his kalams are in Persian. The Ambassador congratulated NUML for organizing such a successful conference on a very important issue.

NUML Rector Major General Muhammad Jaffar said in his speech that this is a very important issue and that the Persian Department should be appreciated for hosting such a conference. He thanked the guest of honor and the guests for taking the time to attend the conference. Academics from Iran, Afghanistan, Turkey, India and Germany are participating in the conference and will present various research papers on Iqbal during the different sessions of the conference.