A pleasure for the eyes! Sufi Muslim worshipers take out their eyeballs with knives as part of a religious procession for the annual Urs festival in India

By Chris Matthews for Mailonline

A festival started in India today marked by devout Muslims gouging their eyes out with knives.

The Urs festival is held every year in Ajmer, a city in the Indian state of Rajasthan.

It is a memorial to the death of the Sufi saint Khwaja Moinuddin Chishti, who established the Chishtiya Sufi order in the country around 800 years ago.

An Indian Muslim worshiper performs a stunt by bulging his eyeball with a knife during the flag hoisting ceremony at the Urs festival in Ajmer, India on January 29 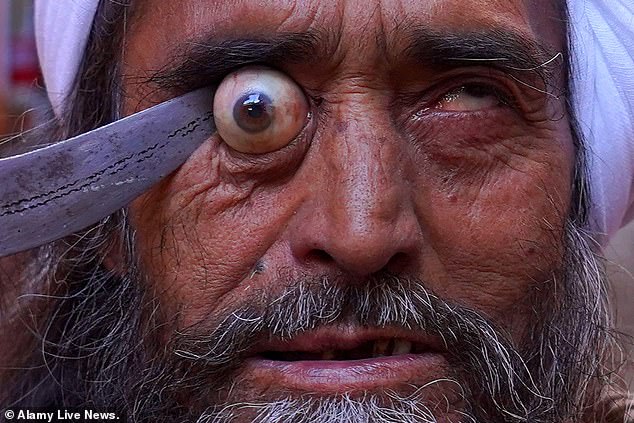 The festival will run for another five days and will feature worshipers performing stunts such as puffing their eyeballs while flags are raised.

Unlike other branches of Islam, Sufis devote themselves to particular saints.

It is a concept that other branches of Islam do not always recognize. 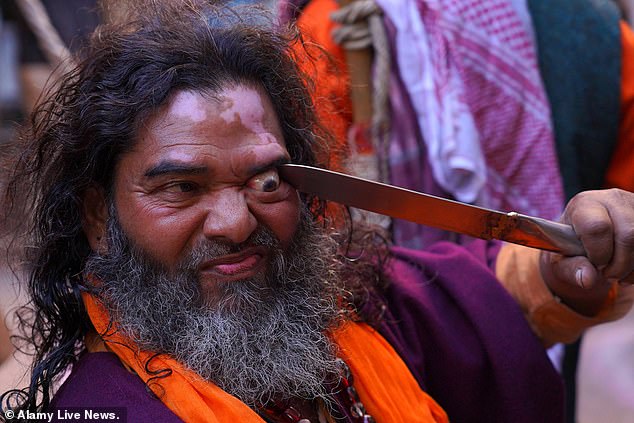 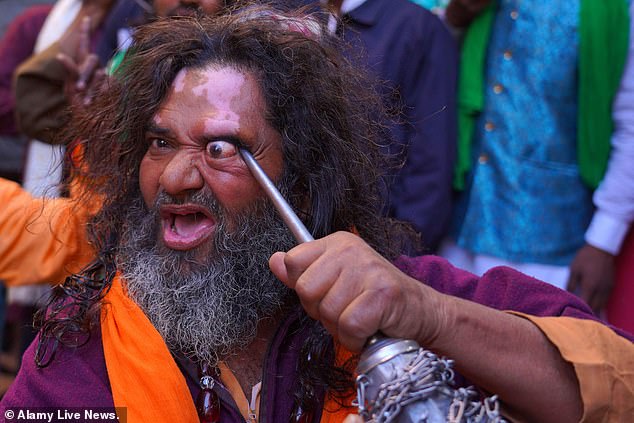 It traces its principles from the Prophet Muhammad to his cousin and son-in-law Ali ibn Abi Talib.

Sufis believe they practice ihsan, the perfection of worship, as revealed to Muhammad by the angel Gabriel.

Sufi Muslims see themselves as the first defenders of an authentic, pure and original form of Islam.

What is the Urs Festival?

The Urs festival is a religious procession through Ajmer in the western Indian state of Rajasthan.

It lasts six days and celebrates the death of Saint Khwaja Moinuddin Chishti.

The saint is said to have established the Chishtiya Sufi order in India around eight centuries ago.

Pilgrims come in their thousands to mark the festival.

They watch performers take part in acts of self-torture while marking the six-day event.