School textbooks in the United Arab Emirates promote peace and religious tolerance towards Jews, but Israel is still missing from the maps, according to a study released Thursday.

The program “praises love, affection and family ties with non-Muslims,” the report read. “Interreligious relations, especially with Christianity, are evident as well as expressions of tolerance towards Judaism. The report found no examples of anti-Semitism or incitement.

But while tolerance towards Jews is encouraged – Islamic education lessons feature anecdotes of Muhammad and Caliph Omar acting kindly towards Jews in the Koran and Hadith – textbooks show both encouraging and problematic signs on Israel.

The 2020 Abraham Accords which normalized ties with Israel are taught from grade 6, with a focus on the endorsements of the accord by Emirati Islamic organizations. The agreements are presented variously as a path to prosperity, a commitment to peace and cooperation, and even a way to support the Palestinian cause.

“The Emirates Fatwa Council hailed the Emirati peace initiative with Israel, which adds to the long tradition of state support for Arab and Islamic causes, chief among them being the Palestinian cause, and to his continued efforts to support reconciliation and spread peace in various parts of the world,” reads an 8th grade Islamic education lesson.

A map from an Emirati 5th grade textbook that does not show Israel’s name on the map, but shows its borders (screenshot)

Additionally, many phrases that portrayed Israel in a negative light were removed from earlier textbooks on a range of subjects.

Yet more than a year after the Abraham Accords, Israel still does not appear on any textbook map, with one exception. Some maps allude to Israel’s existence in the negative space around the borders of a Palestinian entity, or show Israel’s border without its name.

Other problematic content around Israel can sometimes be found. In history lessons about the Arab-Israeli wars, Israel is presented in quotation marks, indicating that it is not a real country.

Zionism is also portrayed negatively: “Likewise, Palestine, which was burdened with the yoke of creating a new ‘national home’ for the Jews in its lands,” reads a history book 11th grade, “also witnessed strong Arab resistance to Zionist greed. ambitions since the moment of its creation.

There is no teaching about the history of the Jews in the area, nor any mention of the Holocaust. There are, however, many lessons about Palestinian history and literature.

Even with these lessons, the trend is overwhelmingly positive, said IMPACT-se CEO Marcus Sheff.

“Our report found that anti-Israel material has been significantly moderated and now exists extremely rarely,” Sheff pointed out. “Passages that previously demonized Israel; anti-Semitic conspiracies that the Zionist movement has imperial aspirations to expand from the Nile to the Euphrates with the support of “global colonialism”, and which accused the Zionist enemy of seeking to exterminate the Palestinian people, have all been suppressed . Indeed, there has been a total removal of problematic examples and a considerable strategic shift towards moderate and tolerant hardware. Particularly noteworthy with respect to Jews and Israel is the authors’ deletion of a passage which presented the Palestinian question as “the basis of conflict in the Middle East”.

The textbooks teach a national devotion to the Palestinian cause. “No Arab cares about the unity of the Iraqi land and people,” according to a grade 11 social studies lesson. “The same goes for the Palestinian people. If the Arabs abandon these two questions, they will abandon themselves; even in an inch or a grain of sand, and regardless of the sacrifices in money and souls. 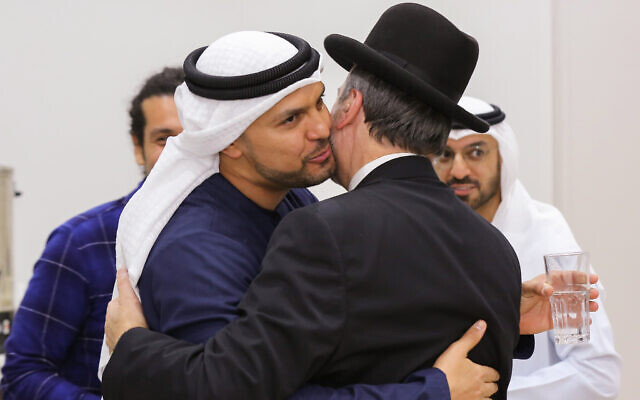 Although the program encourages a peaceful resolution of tensions with Iran, it portrays the Islamic Republic as a regional aggressor that destroyed Iraq and Lebanon, and seeks to do the same with Yemen. It also depicts Iran as the occupier of three disputed Gulf islands.

Egypt, Saudi Arabia, Jordan, Iraq and the Gulf neighbors are presented as important allies of the United Arab Emirates.

Turkey, the United Arab Emirates’ main regional rival with Qatar, is not directly criticized. However, the Ottoman Empire is portrayed as a harsh colonial occupier of Arab lands. “The Ottomans were invaders and colonizers who occupied Arab countries, no less than the French and British colonialists,” reads one grade 9 textbook. “They exploited the wealth of the Arabs and left them weak and backward.”

Textbooks, including those used in Islamic education classes, promote tolerance, diversity and peace as elements of national pride and identity.

“The Emirates and tolerance are two sides of the same coin; a core value for our nation and a guarantee for the future of our country’s growth,” according to a grade 8 social studies textbook, quoting the country’s prime minister. 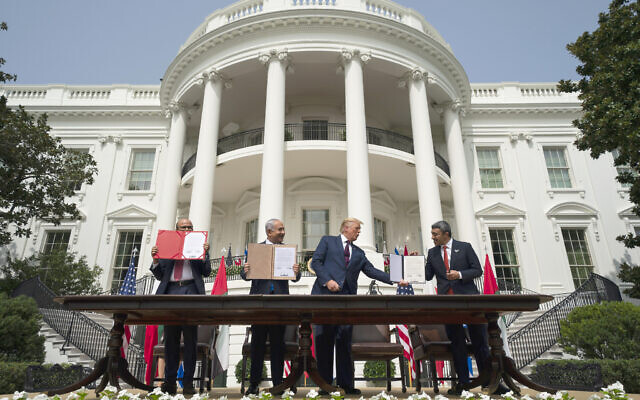 The program to promote tolerance and openness to the world reflects the unique history and place of the emirates in the region. The Gulf has long been a hub of trade and travel, and the emirates that have flourished in the region have relied on their productive relationships with an array of foreign powers. The 150 years of British rule that ended in 1971 were largely beneficial to local rulers and tribes, providing stability and promoting a culture of cooperation.

With citizens making up only 12% of its population, the modern UAE is dependent on foreign workers. It is actively seeking to transition from an oil-based economy to a leading international business center and strives to attract companies and skilled professionals from around the world.

The program also reflects Emirati concerns about political Islam, both in its Muslim Brotherhood form and Iran’s revolutionary Shi’ism.

“Coexistence with Jews, Christians and other religions is a central feature, while the writers have ensured that anti-Semitism is now stamped out of the curriculum,” Sheff said. “This determination to foster a peaceful and tolerant education extends to Israel: the Abraham Accords appear in three separate textbooks, and children learn that the treaty carries the approval of Islamic scholars. This can only strengthen interpersonal normalization.

Report author Eldad J. Pardo gave the program “high marks for its pursuit of peace and tolerance,” and said its message “provides the best tool to combat radicalism and violence.” while building a viable future for the Emirates.”