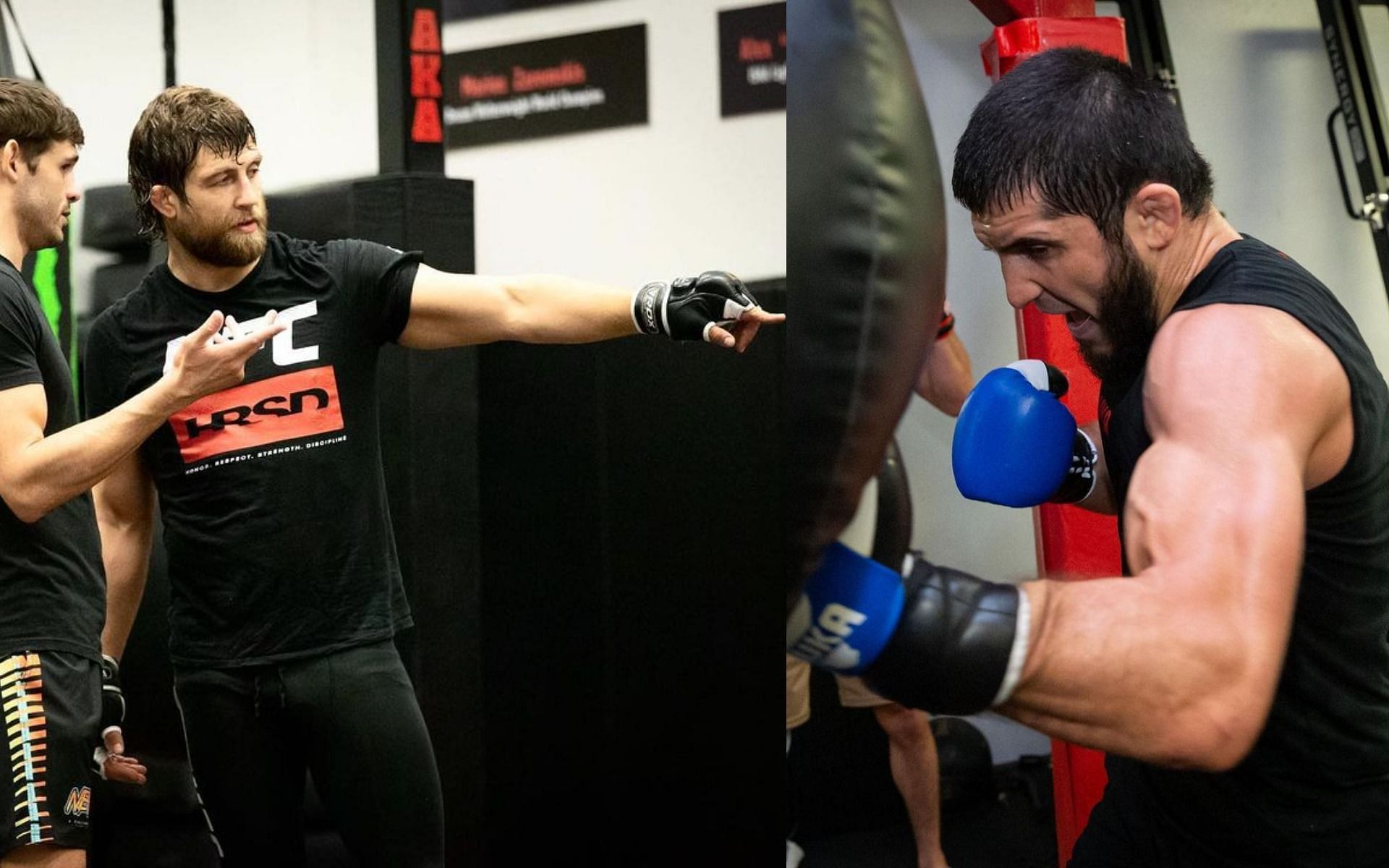 Ahead of his next fight with Bruno Silva, UFC middleweight Andrew Sanchez moved to the American Kickboxing Academy to hone his elite skills.

While at AKA, Sanchez watched UFC lightweight contender Islam Makhachev train day in and day out.

Andrew Sanchez recently caught up with Andrew Whitelaw of Sportskeeda MMA for an exclusive interview. He gave a unique insight into the inner workings of the famous gymnasium. He specifically discussed Islam Makhachev, stating:

“There is fierce competition and the fights are insane. Anything can happen. But man, Islam is going to be tough to beat. He’s good everywhere. I haven’t personally trained with him but I’ve seen a lot of his tricks. It’s amazing. The way they train, the intensity with which they train and just his roundness. Like, his wrestling, his jiu-jitsu, his strike is so solid. it puts is a scary thing. “

Andrew Sanchez also revealed that he trained with fellow UFC middleweight Luke Rockhold, who was scheduled to fight Sean Strickland at UFC 267. Unfortunately, the former champion has since dropped out after getting injured. .

However, Andrew Sanchez was able to get a few light training laps with Rockhold, who is known to be extremely competitive in the gym. Sanchez told Sportskeeda MMA:

“You know Luke, he’s come a few times but he hasn’t done a lot of sparring. We hit rounds, which was basically tough sparring, let’s be honest. Like, okay we’re going light yeah, you know how it goes It got a little hot. But I wish I could have had more laps to be honest, what an amazing fucking training partner that would have been. “

Sanchez clearly wished he had trained with the former champion for his entire fight camp, but even the few rounds he had with him no doubt left a lasting impression.

At UFC Fight Night: Ladd vs. Dumont, fans will be able to see firsthand if Sanchez’s time at AKA has made any notable changes to his skills. He will face Bruno Silva on the preliminary card.

Check out our full interview with Andrew Sanchez ahead of this weekend’s event below: