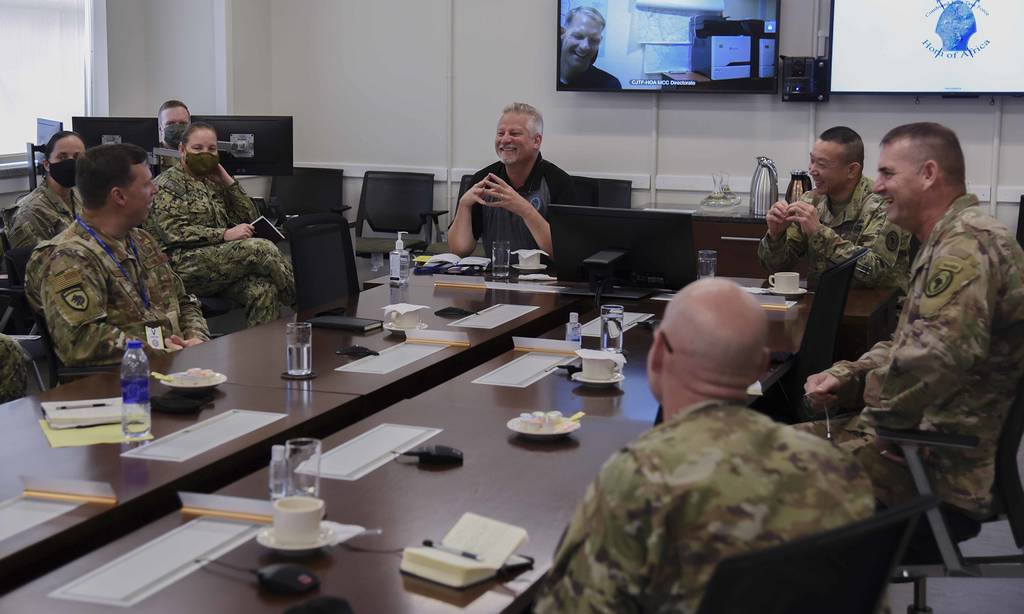 CAIRO – An American deputy commander for Africa on Wednesday welcomed a “new start” and a “renewed relationship” between the United States and Sudan following the withdrawal of the African country from the American list of States supporting terrorism.

The remarks by Andrew Young, deputy commander of US Africa Command, or AFRICOM, came on the third day of his visit to Sudan, the first of its kind since Washington’s delisting effectively ended the pariah’s status. Sudan.

Sudan is on a fragile path to democracy after a popular uprising led the military to overthrow longtime autocrat Omar al-Bashir in April 2019. The county is now ruled by a joint military and civilian government that seeks to improve its ties with Washington and the West.

At the end of last year, the United States removed Sudan from its list of terrorist sponsoring states after nearly three decades on the list.

“This is a new beginning and the beginning of a renewed relationship between the United States and Sudan. This is a journey we want to take together, ”Young told Sudanese troops at a military academy in the capital, Khartoum. “We want to deepen and broaden our relationship and pursue common goals. “

Young and great-friend Heidi Berg, director of intelligence for AFRICOM, arrived in Sudan on Monday. They met General Abdel-Fattah Burhan, head of the ruling Sovereign Council, as well as Prime Minister Abdalla Hamdok.

“This week is an important moment in the resumption of a relationship between our two countries, a relationship based on trust and mutual commitment to ensure peace and prosperity in East Africa,” said Berg.