Islam Makhachev is a childhood friend and longtime training partner of former UFC lightweight champion Khabib Nurmagomedov. In the aftermath of legendary Nurmagomedov’s retirement from the sport of MMA, many have touted Makhachev as the next dominant force in lightweight.

Firas Zahabi of the world-famous Tristar Gym addressed this topic in a question-and-answer session on his YouTube channel. Regarding Islam Makhachev’s outstanding performance at UFC 267, Firas Zahabi said:

You can see Firas Zahabi expressing his opinion on Islam Makhachev in the video below:

Currently, reigning UFC lightweight champion Charles Oliveira is set to defend his title against Dustin Poirier at UFC 269 on December 11. The consensus is that either Islam Makhachev or Justin Gaethje will most likely face the winner of the UFC lightweight title match Oliveira-Poirier in 2022.

Islam Makhachev is ranked No.4, while Justin Gaethje is ranked No.2 in the UFC lightweight division. Makhachev showed dominance in his one-sided win at UFC 267. Meanwhile, Gaethje won an exciting and hard-fought unanimous decision over Michael Chandler at UFC 268 earlier this month.

Many in the MMA community – including Islam teammate Makhachev and UFC legend Daniel Cormier – have called for Gaethje to be granted the next title. In a video posted to his YouTube channel, Cormier said:

â€œHe went over there and did what he had to do to make sure he keeps his fight for the championship. Because he fought Michael Chandler and beat Michael Chandler; a very trained and well prepared Michael Chandler. So, hats off to Justin Gaethje. And honestly, I believe he will be the next guy who fights for the belt. Islam will have to fight again. And that’s okay because I believe Islam will be able to handle just about any challenge in front of it – You have to do it, right? If you want to be the champion, you have to do it.

Watch DC’s statements regarding Islam Makhachev, Justin Gaethje and more in the video below: 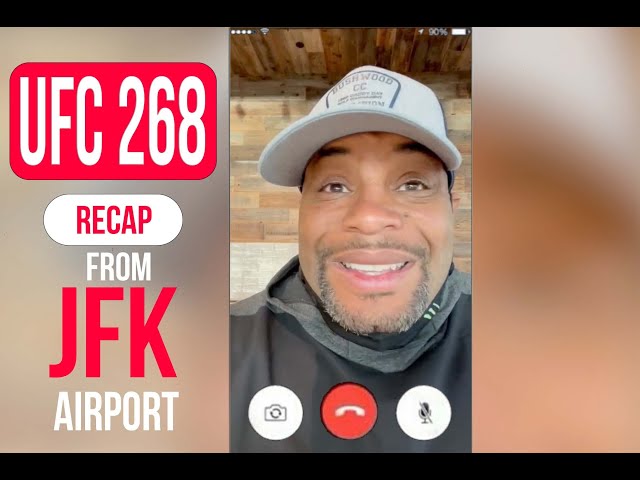 It is believed that the coming weeks will be crucial in determining whether Islam Makhachev or Justin Gaethje receive the next shot at the undisputed and coveted UFC lightweight title.